Eminent theatre personality Ratan Thiyam maintained that ‘Meitei Jagoi’ has remained without progress for a long time due to lack of resources. 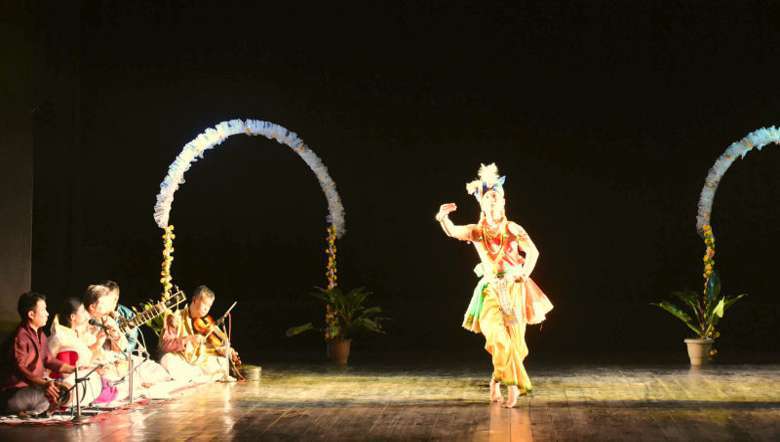 The seven-day Manipuri Solo Dance Festival ‘Okchari Yeningtha’ which is being organised by the Jawaharlal Nehru Manipur Dance Academy (JNMDA), Imphal was inaugurated at the auditorium of JNMDA, Imphal on Sunday.

Speaking at the occasion, eminent theatre personality Ratan Thiyam said, “well known artiste used to practice six to eight hours daily for 10-15 years but in our context, we used to practice more at the time of festival.”

Thiyam said that there is no end to an artiste's journey until and unless he or she reaches the top position.

“Instead of confining merely to our state, we need to see or watch the standards which other dance forms have reached in different parts of the country so that young, promising dancers of Manipur can derive inspiration from them,” he said.

Thiyam maintained that ‘Meitei Jagoi’ has remained without progress for a long time due to lack of resources and stressed on the need to step forward and uplift the same with JNMDA.

Mentioning that students of dance are not equally treated as students of other fields and subjects, he advised them to focus only on what they are doing in any field as well as to know both theory and practice thoroughly.

It may be mentioned that the festival is being organised with the aim of encouraging and showcasing the talent of the upcoming stars and giving them the opportunity to display their individual talents. 34 young dancers from 24 different cultural institutions are participating in the ‘Okchari Yeningtha’ Festival. The festival will continue till February 28.