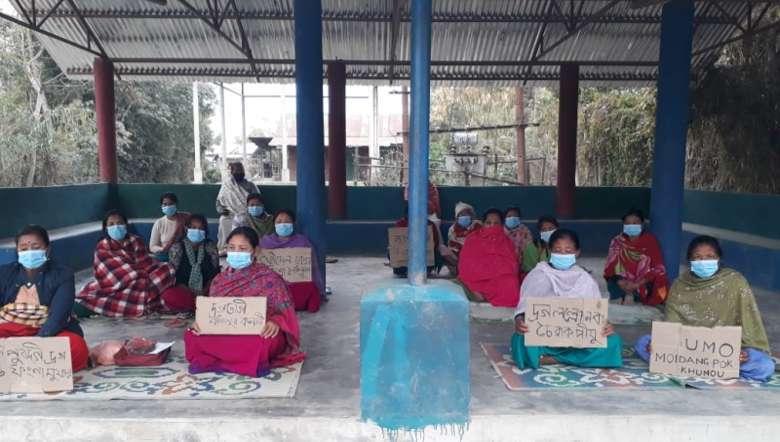 Demanding the Manipur government to move an appeal to the High Court for reinvestigation into the drug haul case of former ADC chairman of Chandel Lhukhosei Zou, women protesters staged a sit-in protest at Moidangpok Khunou, Imphal West on Saturday.

It was organised by Universal Mother’s Organisation (UMO) under the banner of All Manipur Women’s Social Reformation and Development Samaj (Nupi Samaj).

“None of the mothers in the society does not want their children to become drug abusers and cannot tolerate the use of drugs by the youths,” president of UMO Ima Sorojini said while speaking to the media.

Considering the future of the society, she appealed to the state government to take up special measures to eradicate drugs from society.

Alleging that the government has remained a silent spectator in the two-month long agitation taken up by the public for reinvestigation into the drug haul case of Zou, she said such acts of the government shows that it does not care about society.