Today, we have managed to clear up all the Wapals that once were the refuge place for so many urban habiting birds. 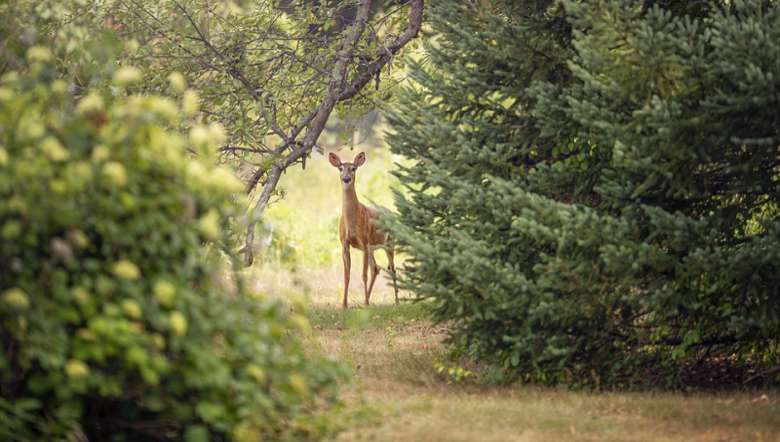 In an article entitled ‘Sounds of wildlife no longer heard at Yangoupokpi Lokchao in Tengnoupal’ in the February 11, 2021 issue of the Imphal Free Press, the author attempted to account the significant loss of wildlife in the first wildlife sanctuary of Manipur (1989). Yes, we don’t need to be talented ecologist or an expert wild life scientist to understand the simple fact that wildlife in Manipur is disappearing. In this article, the topic of discussion is a ‘Wildlife Sanctuary’ that is protected under “The Wildlife (Protection) Act 1972”, a law that is meant for the protection of wildlife. So, the question that arises from the scene is, “If a protected area is not safe in our country, then what about the unprotected spaces?”

Apart from the Yangoupokpi Lokchao WLS, Manipur has one more wildlife sanctuary and a national park to serve as a conservation habitat for the wild that once roamed free in the state, the Khongjaingamba WLS (2016) and the Keibul Lamjao National Park (1977).

The Yangoupokpi Lokchao WLS that cover an area of 184.4 km is reported as home to a number of animal species such as hoolock gibbon, barking deer, leopard, pangolin, jungle cat, flying squirrel, slow loris, migratory Indian elephant, bear, wild boar, tortoise, viper, cobra, land monitor lizard, green snake, rat snake, jungle fowl, hawk, green pigeon, hornbills, cuckoo, myna, Indian drongo, common toad, tree frog, and Indian bullfrog etc (from the article of L. Vaiphei). But are they actually in a state where they used to be few decades ago in the 1970s or 1980s? Or the state of conservation mechanisms that we have adopted failed us? The same is the case of the second WLS of Manipur, the Khongjaingamba WLS with an area of 0.412 km. For this WLS, the set of problem is different. In actual sense, how many of the people in Manipur out of the nearly 30 lakh individuals according to the 2011 census have the knowledge of this particular protected area? In short, we simply do not know much about what is being protected and what is not protected.

The situation is somewhat different for the lone national park of Manipur, the Keibul Lamjao National Park (and yes, the Shirui National Park is not a national park of Manipur). Here, one does not have to go and disturb directly the Sangai or the other remaining not so familiar species that is being protected in this space, but let it be done by the way we have degraded the ecosystem of the wetland since the 1980s.

The inclusion of the Ramsar site in the list of degrading wetlands i.e. the Montreux records in the year 1993 and its remain in the category till today, the February 15, 2021 speaks volume, on how well have we to protect the wetland and the wildlife that is associated with the Ramsar site. In short, the ecological condition of our national park is degrading and the wildlife in Lokchao is disappearing. Moreover, we do not have much information about the other WLS in the public platform that can be discussed in detail, which hints the need of more scientific studies.

In the given present scenario, at least one can say that wildlife in Manipur is not protected in a way that it should be protected. Today, we can question oneself as a Manipuri, ‘where are our wildlife gone?’ ‘Where is our forest that once nurtured the different numbers of rich life that was once there in this state?’

The same is the Imphal Urban region, the main point of modern growth of Manipur, where life other than humans and the domesticated life find it extremely difficult to live amongst us. Yes, we need space for our growth and have a fulfilling life, but is it on the expense of another species life, that questions our morality. Once even in the crowded regions of the Imphal, there used to be green space that served as the home for a number of wildlife. Today, we have managed to clear up all the Wapals that once were the refuge place for so many urban habiting birds.

Yes, gone are the Khongbals in Urban Imphal that once were the habitat for a number of aquatic life. Now, we have brick walls and gutters that run with fluid that is black in colour and cannot be served as a home for anyone. Yes, modernization is inevitable and growth is must, but are we growing alone or taking along with us the other species that once were with us is the right question. Have we left all the other forms of life in this journey of becoming more powerful and paid their due with the fate called ‘death’?

Yes, we are so rich culturally. Our hearts are welcoming, we all know that and we have shown also all the time that in need we are always there. Today, the wildlife of Manipur needs the help of the fellow Manipuris in their struggle for survival. Are we becoming a spectator and enjoy the scene or will we jump into it and take the matter in our own hand and show that we are accountable? The protection of all the wildlife in our state is not only the responsibility of the government officials or the conservationists; it is a responsibility that needs to be shared by all, the residents of the Manipur state. So, are we ready to do our part and help restore our state before it becomes too late for one to repent?