General secretary of CWRU Kaimuanthang said that the union strongly condemned the bomb threat to the media fraternity. 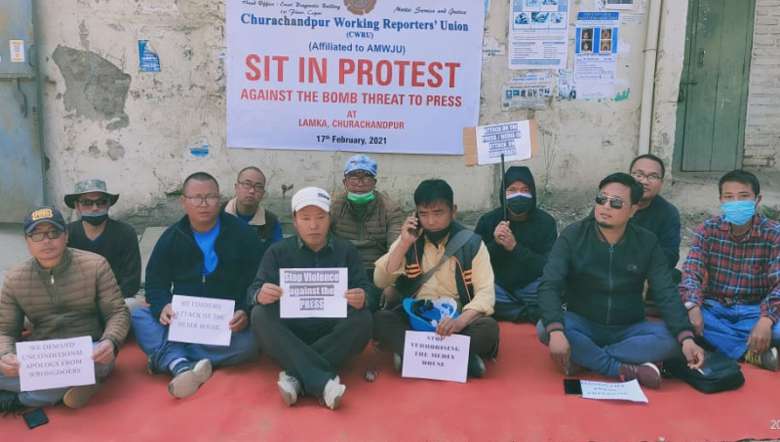 The Churachandpur Working Reporters Union (CWRU), an affiliated union under AMWJU, joined the state media houses in condemning the bomb threat on February 13 at Poknapham daily office and staged a sit-in-protest in front of their office located at Excel diagnostic building, IB Road, Churachandpur on February 17.

General secretary of CWRU Kaimuanthang said that the union strongly condemned the bomb threat to the media fraternity. Saying that attack on the fourth pillar of democracy is an attack on democracy, he appealed to the authority concerned to arrest the culprit and give a befitting punishment as per law.

CWRU will desist from publication of their news until the matter is resolved, he added.