Biren was responding to a question raised by Opposition MLA N Loken during Friday’s question hour in the ongoing 12th budget session of the 11th Manipur Legislative Assembly. 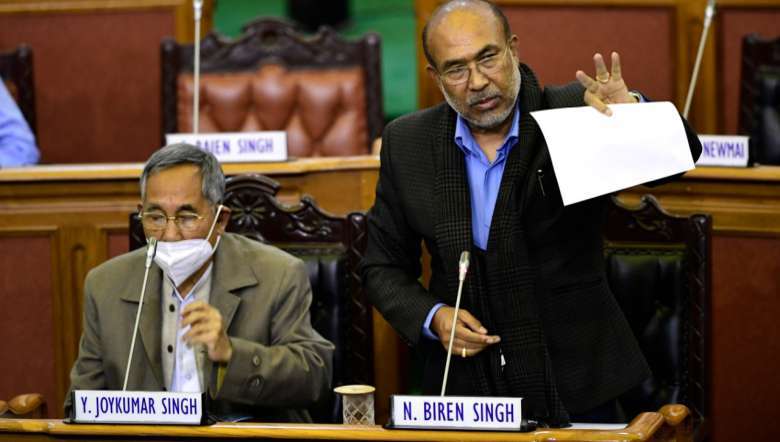 Manipur Chief Minister N Biren Singh on Friday assured to blacklist firms which distribute water sprinklers for agricultural use with diameters less than the size prescribed in the guidelines by the government.

Biren was responding to a question raised by Opposition MLA N Loken during Friday’s question hour in the ongoing 12th budget session of the 11th Manipur Legislative Assembly.

Loken raised the matter about violating the norms of distribution of water sprinklers and asked the action to be taken against such firms.

According to rules laid by the government of India, the pipe of water sprinklers distributed under subsidised rate by the department of agriculture should be 63 mm, 75 mm or 90 mm in diameters. However, Wahengbam Irrigation Enterprises, Wangoi had provided sprinklers which have only 50 mm in diameter though other firms distributed pipes having the diameter of 63 mm, the MLA said.

He further said that the incident of distribution of sprinklers with different diameters was published in local dailies on September 24, 2020. However, the state government not taking any initiative till date against such a firm is unfortunate, he remarked.

The chief minister in his reply gave assurance to investigate the case and take immediate action by blacklisting the company.

Meanwhile, the chief minister also highlighted that work progress of construction for upgradation of a residential school at Heinoukhong, Tengnoupal has reached up to RCC Columns and brick walling while work progress for the construction of a 100 bedded hostel at Residential School, Heinoukhong, Tengnoupal has reached to roofing.

He was responding to MLA Korungthang concerning the present status of the construction of the said projects.

Responding to another query by the MLA regarding construction of 50-bedded AYUSH Hospital at Sub-Divisional Hospital (SDH) Campus Moreh, Biren said that construction of the hospital has been started.

The government selected the site at SDH Moreh considering its suitability for having AYUSH Hospital on a co-location basis. The present physical status is 80 per cent and financial status is 64.77 per cent, he added