Fire breaks out at residence of MLA Radheshyam

The fire started due to an electric short circuit at a room on the top floor of the three-storey building. 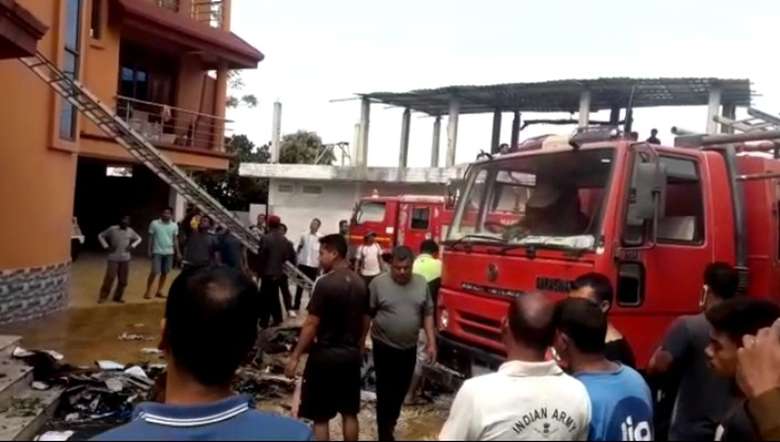 A fire broke out at the residence of MLA Thokchom Radheshyam located at Heirok Part-II, Thokchom Leikai in Thoubal district of Manipur Friday.

According to the report received from the spot, the fire started due to an electric short circuit at a room on the top floor of the three-storey building. Nobody was there when the fire started and it came to light at around 11:20 am when smoke was rising up. Locals rushed to the spot and tried to control the fire and immediately informed the Thoubal Fire Service.

A team of Heirok police station led by its OC, inspector N Premjit along with personnel of SPO Heirok also rushed to the spot and helped the locals in dousing the fire. Meanwhile, two fire tender vehicles of Thoubal Fire Service came in time and joined to combat the fire. The fire was totally extinguished at 12:10 pm.

No casualty was reported except damages to three rooms of the top floor and its household belongings.