The film revolves around the life of people from Northeast in metros. 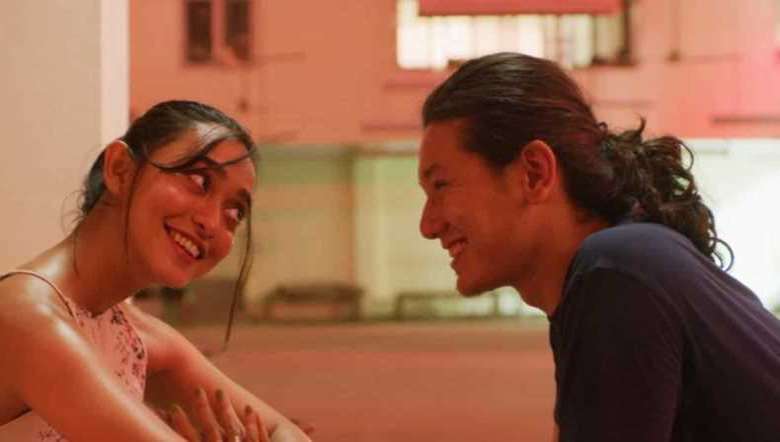 In 2017, at the initial stage of the making of Axone, when director Nicholas Kharkongor from Shillong called me up and shared about it, I thought it was a good initiative if the film involved actors from the region itself and could highlight the racial discrimination against the Northeast people in India. People from the Northeast region living in metros are often targeted with racial abuse and picked on for their food habits. Amid the continuing racial discrimination, Axone was a much-awaited film for the people of the region.

Shot in Delhi's Humayunpur area, the 95-minute film was premiered at the BFI London Film Festival on October 2, 2019 and showcased at the MAMI Mumbai Film Festival 2019. And it was released on the Internet on June 12, 2020. A first of its kind by our own – on the life of people from Northeast in metros, social media is abuzz with comedy-drama Axone.

However, speaking as someone who has been fighting against racial discrimination faced by NE people in metro cities for more than 10 years, Axone leaves much to be desired.

To begin with, comparing Axone, another name for Naga food spice akhuni, with the smell of a “septic tank” stinks disgust instead of promoting the particular traditional food item. The message here may be counter-productive because we need to be creating social awareness and talking about accepting different cultures and food habits. Is the story of the film trying to point out the ugly and smelly part of Axone or is it saying that despite its pungent smell, it is a delicacy and goes well with smoked pork?

So much hype is built around Axone, yet it appears to be in bad taste.

The characters in the film, Chanbi (Lin Laishram) and Bendang (Lanuakum Ao), are in a relationship but when the landlady asks about the boy, she responds "Mataji, he is my cousin." This is again typecasting of NE people bringing their male or female romantic partners but pretending to be cousins in front of the homeowners.

In real instances, even when they are real siblings or cousins, such wrong notions are already formed in the minds of the locals against people from the Northeast. With humour in bad taste, the plight of the people is far from being highlighted.

Also, a marriage procedure performed with the younger sister in place of the elder sister who couldn't be present physically as shown in the film is unheard of in the tribal culture of Northeast India. This might wrongly portray the tradition and culture of the tribes of a particular state in the region.

There is an urgent need to ensure correct representation and portrayal of the Northeast tribal customs and lifestyle to the public to remove the prevailing wrong notions of the region and its people. We cannot experiment and take chances for the sake of earning easy popularity and to avoid brickbats from some quarters.

Take the case of Chanbi’s dialogue to her boyfriend Bendang, who is going through mental trauma after being thrashed at Lajpat Nagar, Delhi, "All these years you have not made one single friend from here, how sad is that. You said you wanna go back to the Northeast but you have made your own northeast here, you only interact with people from the northeast, some of them might have problem with us but most of them are nice to us and that is the reason you and I are living here.” This again conveys to the Northeast people that they are not willing to mingle with people from other states, to be specific, North Indians. True. But there is an underlying bitter truth to it. If people from Northeast are raped, beaten, harassed, and abused in a place like Delhi by some locals then it would be wrong to expect already vulnerable people to immediately trust the local residents. It is easier said than done.

The entire idea presented in the film, that to prevent racism or crimes against NE person, we have to try hard to make friends with the local populace appears to be lopsided and lacks insight.

The film fails to deliver on the count that the message is unclear, incomplete and the story does not convey real issues regarding racism faced by the people from Northeast and it does not seem to say anything about sensitizing the non-Northeast people. The message seems to be meant only for NE people about the difficulty of cooking axone and the surrounding race and culture issues.

When it is about representation of the people and if the aim is to bring down barriers and false stereotypes, depicting the lesser known positive side of Northeast people is important.

A poor start, perhaps, to better ones in the future, and an experiment that could have been avoided.