Ramdas Athawale said that about 1,57,000 households without gas connection were provided with free LPG connections in the state under the PM Ujjwala Yojana. 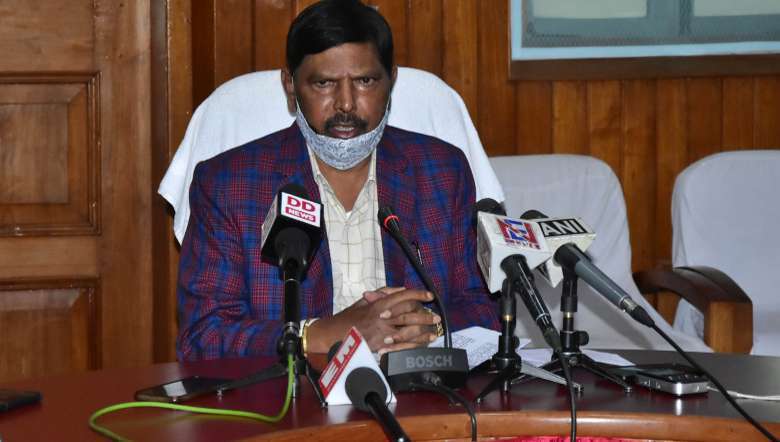 The union minister was speaking at a press conference in Imphal on Wednesday while on a two-day visit to the state. He arrived in Imphal on Tuesday.

Highlighting the schemes along with its achievements of the Social Justice and Empowerment Ministry in the state, he said that under Prime Minister Awaz Yojana (Urban) Scheme, about 5,000 houses have been constructed with an expenditure of Rs 238 crore till date. He also said about 1,57,000 households without gas connection were provided with free LPG connections in the state under the PM Ujjwala Yojana.

Under the PM Jan Arogya Yojana, a healthcare scheme for the poor, 28,000 people in the state benefitted an expenditure of about Rs 31.1 crore.

Commenting on the agitation by farmers against the recent three farm laws passed by Parliament, Athawale said that the three laws will benefit farmers as it has provisions for farmers to sell their products at a better price. Supporting the laws as being pro-farmers, he appealed to the farmers to give up their agitation.

Speaking on the budget allocation under the Social Justice and Empowerment Ministry for the year 2021-22, Athawale said the total budgets for Scheduled Castes, Scheduled Tribes and Women and Child Welfare have all been increased compared to the previous year.