Renovation of Trade Centre in Moreh to be completed by May

A total of Rs 1,73,00,000 has been sanctioned and around 60 per cent physical progress in terms of repairing and renovation has been completed so far, the Manipur Industries minister said. 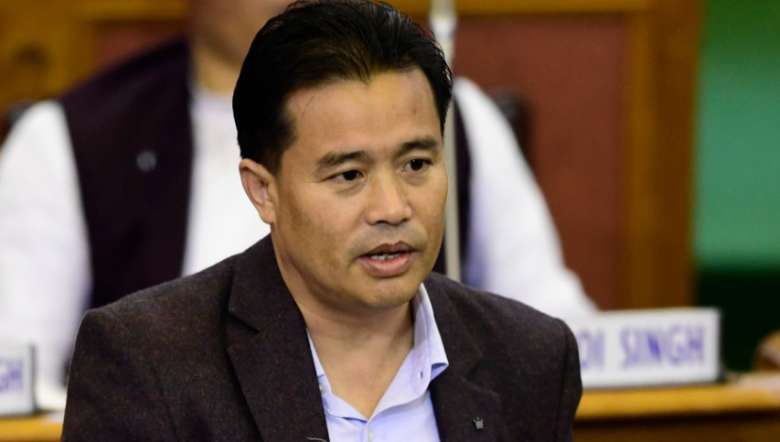 Manipur Industries Minister Th Biswajit Singh on Thursday informed the House that renovation works of Trade Centre, Moreh is in full swing and will be completed by May. He was replying to a query raised by MLA D Korungthang, in the morning session on the 11th day of the ongoing 12th session of the 11th Manipur Legislative Assembly.

The minister said, in view of its importance, the government took up the decision to upgrade the existing facility and the infrastructure at par with international standards. A total of Rs 1,73,00,000 has been sanctioned and around 60 per cent physical progress in terms of repairing and renovation has been completed so far. The renovation work will be completed latest by the end of May and will be made fully functional, he added.

Replying to another question raised by MLA N Loken Singh, he said construction works of Nambol-Hiyangthang Road (NDR) will be started at the earliest and is included in the approved work programme of 2020-21. Once the administrative approval is obtained, e-Tender process will be taken up to initiate the construction works as soon as possible. For this, a total of Rs 1,22,00,000 has been earmarked, he added.

With the assistance of the World Bank, a 33/11 KV Power Sub-Station will be constructed in Patsoi Assembly Constituency, Th Biswajit Singh said while responding to another query raised by MLA Km Mirabai Devi. He said that the project was sanctioned in 2014 with an estimated cost of Rs 6,91,78,476.19 with 50:50 funding pattern to be borne by the Government of India and World Bank respectively.

Earlier, an area of 0.59 acre was identified but due to certain conditions, the site has been shifted to a new location in the same assembly constituency, he said. Soil investigation work has been started and construction work will also be started, he added.

Education Minister S Rajen Singh said that at present there is no plan to absorb teachers of KGBV and residential schools. Replying to a question and supplementary raised by MLA D Korungthang, Rajen said under the 90:10 funding pattern, the central share has been released timely. Due to COVID-19 pandemic, these schools have been closed and after the situation permits, normal functioning of the school will be resumed. A total of 44 full time and 33 part time teachers are employed with these schools. Once the funding pattern of the centre is changed, the government will look into the issue of absorption, he said.

Responding to another question raised by MLA Kh Joykisan Singh, the Education minister said that the principal of Khangsillung Higher Secondary School is a fake appointee. His purported initial appointment has been declared fake and void-ab-initio. Subsequent promotions up to the post of principal have been cancelled and police has been asked to lodge an FIR against the principal and necessary actions will be taken up to recover the salaries drawn earlier.