The minister said after the work started August last, only 5 per cent has been finished so far with sub-standard ballast. 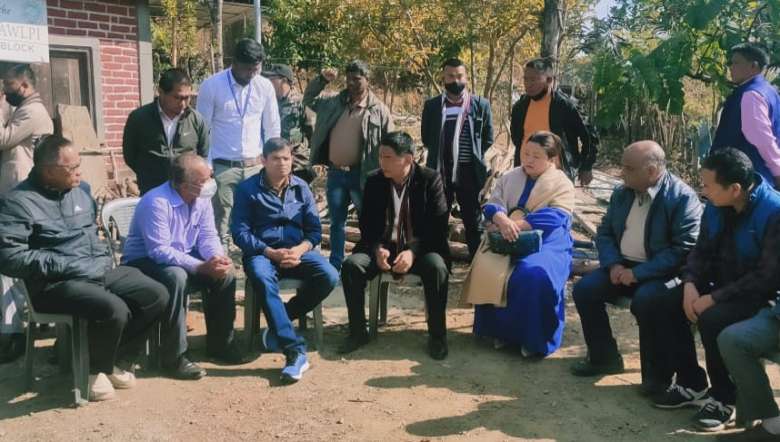 Minister of TA & Hills, GAD and Transport Vungzagin Valte along with 15 DLOs led by the DC of Churachandpur DC inspected the ongoing work for two-lane widening of NH 102B at Suangdoh village on Saturday. He expressed his displeasure at the slow pace of the ongoing work.

The minister said after the work started August last, only 5 per cent has been finished so far with sub-standard ballast.  He asked the official of the road construction company to at least have the Water Bound Macadam (WBM) in place by the coming rainy season so that the road may not become unusable.

He asked them to submit a report on the condition of the road so that he will apprise the department concerned in Delhi when he visits there after the assembly session.

The road was important as the widening work was the central government’s plan for improving connectivity, he said. The NH 102B locally known as Guite Road under construction by NHIDCL has a total length of 161km and it will be shortened by 20 Km after completion due to straightening of the curved spots.

The work has been divided into nine packages and it was started in August last year which must be finished  by August next year,  for which officials expressed they are confident that it will be finished in time.