The programmes were conducted with the joint effort of the ZEO and District Social Welfare, Thoubal 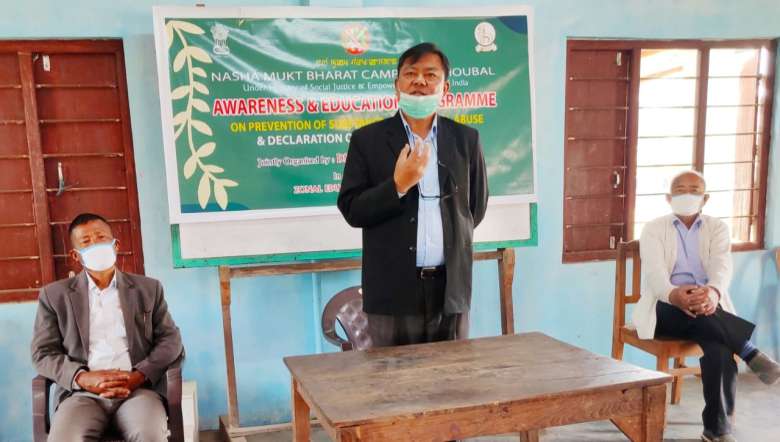 The programmes were conducted with the joint effort of the Zonal Education office, Thoubal and District Social Welfare, Thoubal under Nasha Mukt Bharat Campaign Committee of the Social Justice and Empowerment Ministry, Government of India.

At Khongiom, school headmaster, Thangjam Ingocha and senior teacher, Nabadwip were the chief guest and president respectively. Nasha Mukt Bharat Campaign Committee member, Yumnam Laksman was the resource person of the day. The harmful effects of drug and alcohol abuse with a motive to make the youths say 'No to Drugs' and the role to be played by the teaching and non-teaching staff to make the school completely free from drugs were discussed during the programme.

Kameshwar highlighted the purpose, objectives and activities of the Nasha Mukt Bharat Campaign in the district during the last six months. Later, the headmaster declared the school as ‘drug free school’ in presence of the assistant inspector of school and District Social Welfare officer, Thoubal.

Similar programme on prevention of substance abuse and alcoholism was held at the Lamding Higher Secondary School in which Seram Asha Devi of the District Social Welfare office, Thoubal was the resource person.

Principal, A Purnima declared the school as drug free in presence of the deputy inspector of the school, A Rebika Devi and officials from District Social Welfare office, Thoubal.