Need for efforts to build on substantial gains made so far on Naga political issue: RN Ravi 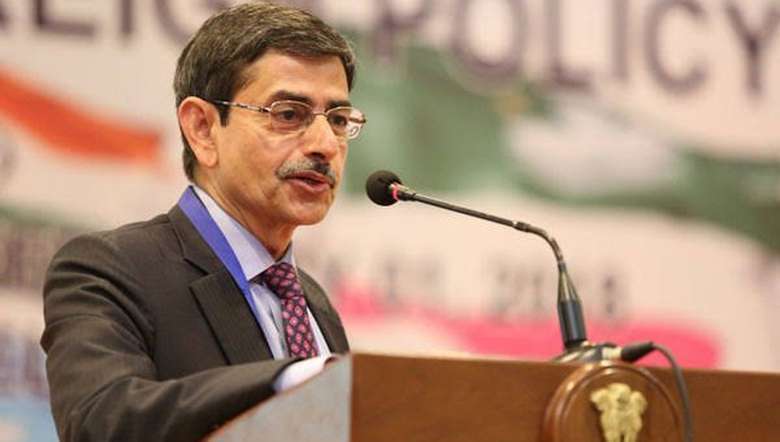 Nagaland Governor RN Ravi, in his speech during the 7th session of the 13th Nagaland Legislative Assembly on Friday, mentioned the Naga political issue “which continues to remain in focus”.

The Assembly session began on Friday and will end on February 20.

RN Ravi, while mentioning the Naga political issue in his speech, said that “there is a need for efforts to build on the substantial gains made so far, and to move swiftly for the final solution”.

It can be mentioned here that the Naga political issue is one of the issues to be discussed in the ongoing Nagaland Legislative Assembly session.

The Business Advisory Committee (BAC) of the Nagaland Legislative Assembly has “agreed for one full-day discussion on the Naga political issue during the assembly session”.

Meanwhile, the Governor mentioned in his speech that the “general law and order situation” in the State has remained largely peaceful though there have been some “localized” incidents, which were contained with swiftness by the district administration and police.

Ravi then said that the Nagaland Police has set up “Anti-Extortion Cells” in all the districts of the State, which work in close coordination with other law enforcement and security agencies to contain “illegal” activities.

RN Ravi then said that to enhance fighting crime against women, a women police station at Kiphire was established, thus covering 11 districts and plan to establish one in the newly created Noklak district soon.

The Governor then expressed his satisfaction with the State Government for successfully combating the COVID-19 pandemic. He said that at the start of the pandemic, the State did not have a single testing lab of its own for COVID-19, but now there are three BSL labs and has acquired thirty two TrueNat machines.

He added that the Government took steps to increase the number of health professionals and workers in public health facilities and the overall health infrastructure of the State also saw a significant upliftment. He informed that the department has set up a State Warehouse at Kohima and is also setting up medical oxygen generation plants in 10 district hospitals and CHC Jalukie.

The Governor then said that with the imposition of the nationwide lockdown, the Government immediately stepped in and about Rs 24.75 crore relief in cash was provided which have benefitted 37,932 persons and arranged trains and buses for people stranded in other parts of the country.

Over 25,000 returnees availed the facilities created by the Government for quarantining, he added. Ravi also said that the mortality rate due to COVID-19 remains relatively less than other States and expressed his appreciation and gratitude to the medical doctors, nurses, all other frontline workers, mass-based organizations including the churches for their support to the Government in its fight against COVID-19. Ravi informed that vaccination against COVID-19 for the health workers have started and the first phase for vaccination is expected to finish by February 20, 2021.

The Governor then expressed his appreciation to various State and Central agencies and civil society organizations in the containment of the recent outbreak of forest fires in the beautiful Dzukou valley. He said that the Government is making long term plans to prevent such incidents in future and also further strengthen the response mechanism.

The Governor then gave an overview of the developmental activities being carried out by all departments in the state.
Ravi  said that with the imposition of lockdown, the Department of School Education came up with Online Digital Education in the State from the month of May 2020 and has also developed Online Students Evaluation Portal, Online School Monitoring System, Teacher’s APP and Teachers’ Online Transfer Portal. He also said that the department in association with ‘Pratham Education Foundation’ is implementing the Online Teacher Training and Professional Development initiative ‘Gurushala’ since December 2020 for all the Govt. School teachers throughout the State. Further, the Department is in the process of training mathematics teachers in usage of teaching tools like graphical calculators and its emulators in collaboration with M/s Casio India.

Ravi then said that the Government remains committed for ensuring regular supply of electricity to each and every part of the State, which is one of the most crucial elements for enhancing the speed of economic development. He said the Department of Power in order to strengthen its transmission ability upgraded the capacity of the substation at RESS Nagarjan Dimapur from 100MVA to 200MVA which was officially commissioned on 9th Dec. 2020. He also said that The Department is further developing 220kV downstream connectivity from 400kV substation at Zhadima (Kalpataru) to the State owned 220kV sub-station at Zhadima which  will greatly improve power stability in Kohima, Kiphire, Phek &Wokha districts in particular and the whole state of Nagaland in general.

Ravi then remarked that the onset of the COVID-19 pandemic and the lockdown imposed subsequently severely affected many economic activities, which directly affected revenue generation and receipt. He also said that sensing the huge impending revenue shortfall both at the Centre and in the State, the Government has taken measures to reduce expenditure by effecting a 15% pro-rata cut of various expenditure items both under Non-Development and Development Outlay.

Ravi stated that the Government after suitably resolving all the impediments that were there, created and made Noklak district functional will go a long way in giving a further impetus to the development of people living in the bordering areas.

Ravi remarked that the various achievements in various sectors and areas, and the people-oriented policies and programmes outlined is another step in the steady march towards ensuring all round progress to every community and every part of the State.