Altogether, 10 students of Churachandpur district from various colleges and universities participated in the debate. 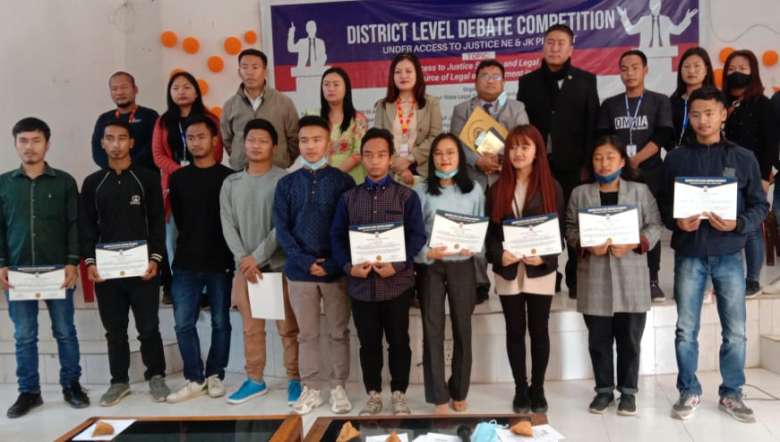 A district level debate competition under access to justice, NE and JK initiative on 'Access to Justice System and Legal Aid is the Source of Legal Empowerment in Manipur' was held on Friday at DTC hall Tuibong.

In the debate competition, two groups were formed for the 10 participants, ‘movers’ and ‘opposers’. The prizes were awarded according to individual performance of the participants. All the participants were given certificates by the chairman of DLSA.