Who said Jhumias are the villains?

IFP Editorial: Asking the hill people to do away with the practice of jhum cultivation is like asking them to give up their traditional lifestyle and culture. 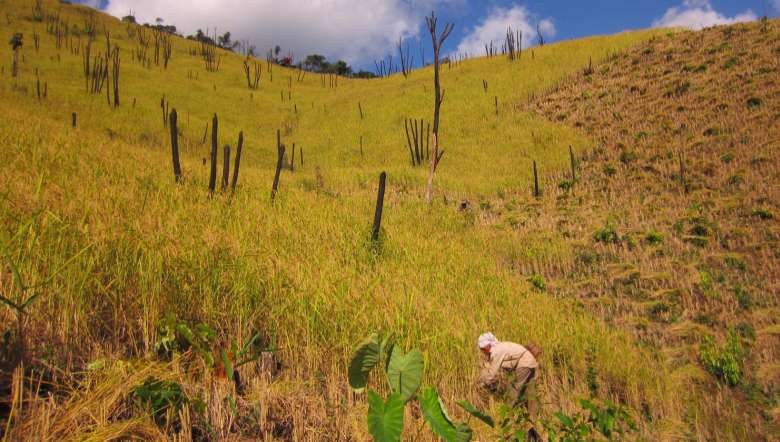 The other day, the Forest and Environment Minister Awangbou Newmai was talking of regulation of jhum cultivation in the state assembly. He informed the house that a Jhum Cultivation Regulation Policy is being framed in view of the widespread degradation of forest cover in the hills and that the state has already submitted a Rs 462.82 crore project to the Centre for creating alternative means of livelihood for the jhum cultivators. We understand Minister Awangbou is speaking from a perspective based on forest conservation and environmental concerns. Not long ago, his party comrade and the indomitable Chairman of Hill Areas Committee Leishiyo Keishing had said that jhum cultivation is no longer a reliable source of livelihood for the hill people. He said, people in his own village Nambashi still go for jhum cultivation, even as people in other hill areas across the state had switched over to terrace cultivation. Well as we now, the terraced slopes are not natural but man-made. Terracing the hill-slopes for growing crops is labour-intensive and it requires a committed community effort. The method has been employed effectively to maximize arable land area in variable terrains and to reduce soil erosion and water loss.

While government ministers and experts shout from the mountain-top that the practice of jhum is leading to land degradation and soil erosion, nothing much have been done on the ground to convince the hill villagers from giving up the practice or to introduce sustainable methods in this traditional practice. One the other hand, one must also understand that the present land holding pattern in the hill areas is one important factor impeding the growth of sustainable practices of agriculture and horticulture activities. Jhum cultivation is an agricultural system in which fields are cleared by firing and are cropped discontinuously or an agricultural system which is characterized by a rotation of fields rather than crops by short periods of cropping. In Manipur, jhum cultivation is known as Pam-Lou; and is widely practiced in all the hill areas inhabited by different tribes. While almost everyone paints this traditional practice as an agent of forest and soil degradation in the hills, one fails to pinpoint the real villain. Reality is that the jhum cycles are shortening thereby leading to the process of soil regeneration. In traditional memories handed down the generations, slashing and burning is generally a way of enriching the soil with ashes. Even, rituals and cultural practices are performed in order to ensure soil fertility. Jhum sites are selected to those forests which had maximum fallow period and had the best chance of successful crop. So, one must also understand that jhum cultivation is intrinsically linked with the life style and culture of the tribal people.

Asking the hill people to do away with the practice of jhum cultivation is like asking them to give up their traditional lifestyle and culture. Anthropologists and sociologists, in general, have been appreciative of shifting cultivation and caution against hasty steps to eliminate it because of the close symbiotic relationship between shifting cultivation and tribal life and culture. They advocate adapting shifting cultivation to the changing environment. On the other hand, economists and ecologists are convinced that it cannot be sustained further without adverse environmental and economic costs. Yes, they have a point. However, one must see to it that the culture and lifestyle of the tribals are not disturbed and that any new policy should take care of both the culture and sustainability of the environment.