Manipur Chief Minister N Biren said that the government has served notice to 981 individuals and arrested 72 individuals by the police who were later released on bail. 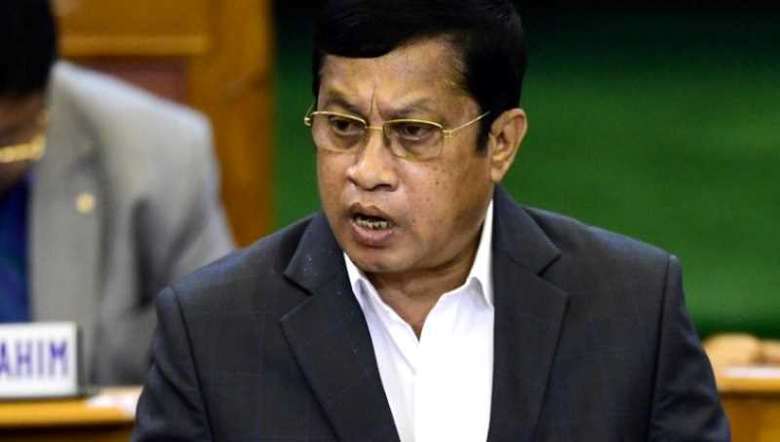 The Manipur Conservation of Paddy Land and Wetland Act, 2014, which was passed by the state Assembly to promote growth in the agricultural sector in Manipur has become an Act in name only, MLA K Ranjit stated on Thursday.

Ranjit was speaking on the floor of the House while moving a motion for disapproval of policy cuts in demand for grants for the Agriculture department.

He said many structures and buildings erected in many paddy lands across the state clearly show that the state government has failed to preserve and conserve the paddy lands of the state.

Countering the allegations, Chief Minister N Biren said that the government has already served notice to 981 individuals (102 at Kakching, 56 at Bishnupur, 170 at Thoubal, 437 at Imphal West and 216 at Imphal East) against construction of buildings and structures on the paddy lands.

Biren said a total of 72 individuals have been arrested by the police and later released on bail after giving strict warnings.

Asserting that the monitoring cell has been formed for every district and discharged their duties to check any construction works on paddy lands on day to day basis, he said the government has started seizing machines and tools if found to be used in filling up the paddy lands.

In order to save space, the government has been encouraging the public for vertical expansion in constructions of buildings, he added.

When Ranjit asked the chief minister to give an assurance for dismantling all the structures which were constructed at the paddy land after 2014, the chief minister replied that the government will look into the matter and take up every possible step.

However, there are few conditions under the Manipur Conservation of paddy land and Wetland Act where construction can be taken up, he mentioned while explaining that a landless or houseless person can construct his houses in a field covering not more than 0.20 acres in panchayat areas and 0.10 in municipal areas. Moreover, structure for uses of public utilisation can be built, he added.

In another cut motion moved by MLA Alfred Kanngam Arthur against the demand of Community and Rural Development, he alleged that the state government is unable to create office and provide adequate staff to the District Rural Development Agency (DRDA) of the newly created seven districts.

He said bifurcating the staffs eventually from the existing districts for the newly created districts has only caused more burden to them.

Asserting that the new districts were formed for public convenience, he said providing inadequate staff only causes suffering to the public as well as to the officials.

In reply, RD and PR minister Th Biswajit said that the department has created 266 new posts to strengthen the administrative structures. Once they are recruited, they will be deployed to the needed offices accordingly, he added.

Arthur also alleged that the Rural Development department has been unable to provide the 50 man-days under MGNREGA as recommended for the year 2020-21.

In reply, Biswajit said that the funds for 36 blocks for MGNREGA works will be released by March 31.

The CAF and PD minister Th Satyabrata said that the state level price fixation committee will convey a meeting very soon and fix a price for the essential food items.

He also assured that the fixed price will be announced to the public and also let all the shops paste the fixed rice rate in front of  their shops. The minister was replying to a cut motion raised by MLA K Ranjit against the demand of CAF and PD.