ATSUM general secretary SR Andria lamented that Christians have been victimised with the government allegedly targeting only churches. 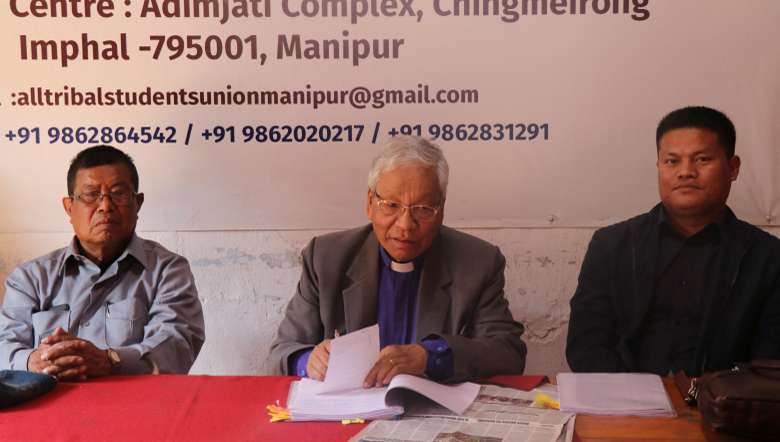 The All Manipur Christian Organisation (AMCO) and All Tribal Students’ Union Manipur (ATSUM) on Thursday urged the government to revoke the eviction notice served to churches.

The eviction notice was served following the direction of the Supreme Court given in 2009 to states to regularise or relocate and if necessary evict worship places, he pointed out.

The AMCO president said that the committee formed by the state government for the purpose regularised 188 worship places; however, none of the churches were regularised even though there are 44 churches in Imphal area. “Such an unfair treatment of the government towards the Christians is condemned,” he said.

Maintaining that different communities gathered together at churches for public worship and pray for peace and harmony, Prim Vaiphei appealed to the government to revoke the eviction notice and treat all religions with equality.

ATSUM general secretary SR Andria lamented that Christians have been victimised with the government allegedly targeting only churches.

“The principles of secularism and equality have been put at stake as no churches were included in regularisation,” he added.

He also mounted pressure on the government to reconsider its decision of removing churches and warned of agitations if the government fails to pay heed to their appeals.