The Opposition MLA said in the House that the Forest and Environment department is not functioning efficiently. 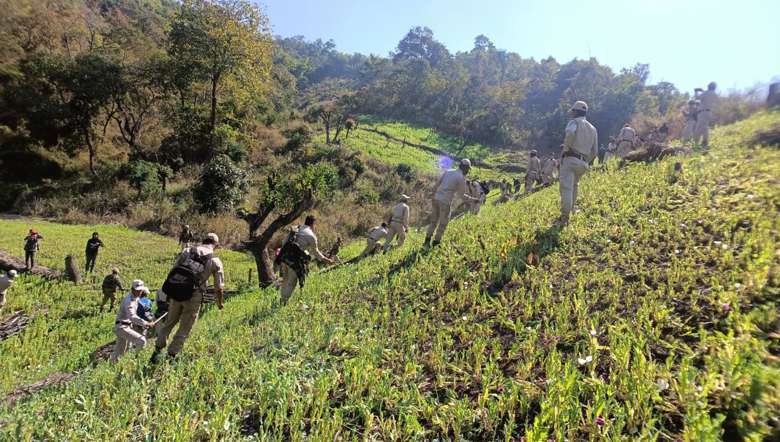 Alleging that the Forest and Environment department is not functioning efficiently, opposition MLA K Ranjit on Wednesday said that the department needs to be abolished and its work be handed over to the civil bodies and hill leaders genuinely working to protect the forests of the state.

Ranjit was speaking on the floor of the ongoing Manipur Legislative Assembly session while moving his cut motion against the demand of environment and forest. He told the House that the Forest and Environment department has failed to protect some of the hillocks located in the countryside, including the historical Heibok hillock.

Quoting a report from ‘India state of forest’, over 400 square kilometres of forest coverage in Manipur have been destroyed in the name of Jhum cultivation, he said. However, instead of practicing jhum cultivation in some of the hill districts, farmers are cultivating poppy instead, the opposition MLA said.

In response, the forest minister further said several illegal poppy cultivations have been destroyed but no owners of the illegal poppy plants have been identified till date. The state government has conducted preliminary discussions to implement forest rules to conserve forest areas, he added.

Opposition MLA, Surjakumar who also moved a cut motion in the same demand said the government has failed to protect the reserved forest areas owing to the incompetency of the department.

In response, Environment and Forest Minister Awangbow Newmai informed the House that the department has been functioning properly. When compared to the previous government, the scenario concerning the preservation of forest has been gaining grounds, he said. Under the initiatives of chief minister N Biren, the government has already initiated the ‘green mission’ and the total geographical area of forest in the state is about 76.46 per cent at present, he added.

Awangbou Newmai also informed the House that the forest officials concerned assisted by state police has been regularly continuing with the checking of illegal timber smuggling. He said six trucks which were seized for illegal timber smuggling have been kept under the custody of authorities concerned. Of the six trucks along with the seized timbers, one truck has been released after producing before the court while the remaining ones are still in custody. The government is planning to auction the seized timbers, Newmai said.

Opposition MLA Kh Joykisan and MLA, Surjakumar Okram raised many queries with regards to the alleged lack of proper policy to protect the environment and forest in the state.

The problems will be solved as the chief minister has given advice to both the departments to resurvey the overlapping areas of forest, he added.

In connection with the matters related with jhum cultivation, he said that there were no regulations in jhum policy in the past. To regulate the policy, the Forest and Environment department has been appointed as a nodal department. Due to shortage of forest staff, the department is still facing issues in protecting the reserved forest, he added. To conserve the hillocks located in the nearby city areas, the government will initiate a survey, he said.