Despite the implementation of Manipur Conservation of Paddy Land and Wetland Act in 2014, there is not much visible significance of the act due to the absence of rules, LOUSAL general secretary Laishram Kiranjit said. 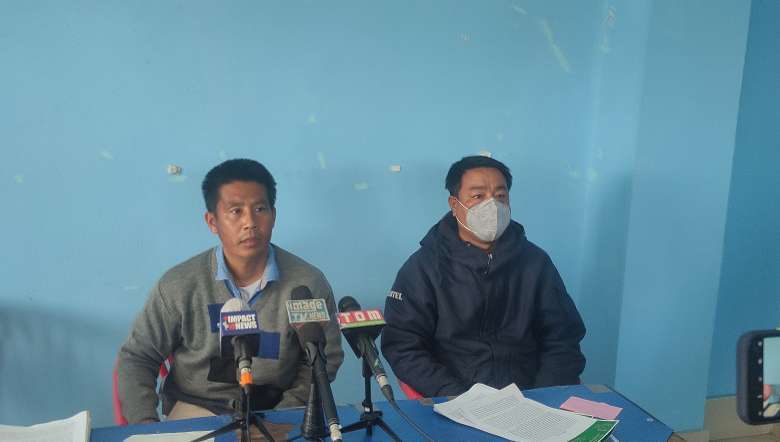 Loumee Shinmee Apun Lup (LOUSAL) on Wednesday urged the ministers and MLAs of Manipur to give teeth to ‘The Manipur Conservation of Paddy Land and Wetland Act, 2014’ by framing rules in the ongoing assembly session.

Despite its implementation in 2014, there is not much visible significance of the act due to the absence of rules, LOUSAL general secretary Laishram Kiranjit said to the media at Manipur Press Club.

Construction of buildings and structures in the paddy land and sale of paddy fields continue unabated resulting in the disappearing of paddy lands, he said.

According to clause 1 of Section 24 of the act, “The Government may, by notification in the Official Gazette, make rules for carrying out the purposes of this Act.”

The clause 2 states, “Every rule made under this Act shall be laid, as soon as may be after it is made, before the Legislative Assembly while it is in session for a total period of fourteen days, which may be comprised in one session or in two successive sessions and if, before the expiry of the session in which it is so laid or the session immediately following, the Legislative Assembly makes any modification in the rules or decides that the rule should not be made, the rule shall thereafter have effect only in such modified form or be of no effect, as the case may be, so however that any such modification or annulment shall be without prejudice to the validity of anything previously done under that rule.”

Despite provisions of ‘The Manipur Land Revenue and Land Reforms Act, 1960’ and ‘The Manipur Conservation of Paddy Land and Wetland Act, 2014’ that portions of paddy land cannot be transferred and registered and despite prohibition on the sale and registration of paddy land since January 10, 2020, it is open secret that there are instances of giving computerised patta, mutation and where gift deed is given by dating back among others, Kiranjit said.

He expressed suspicion whether the revenue department has become a place of corrupt practices.

Kiranjit further contended that even meetings were not held though local level and district level monitoring committees were formed with farmer representatives. Besides, befitting punishment as per provision of the act has not been given to the violators, which is why the paddy fields continue to vanish becoming a serious issue of the state, he said and appealed the legislators to be sincere and make rules for the act in the ongoing assembly session.