Citizens must remain alert to taste real democracy, not an election-centric democracy

Through a peep into present Manipur: There's a need to leave development works to the government and question hard on slippages 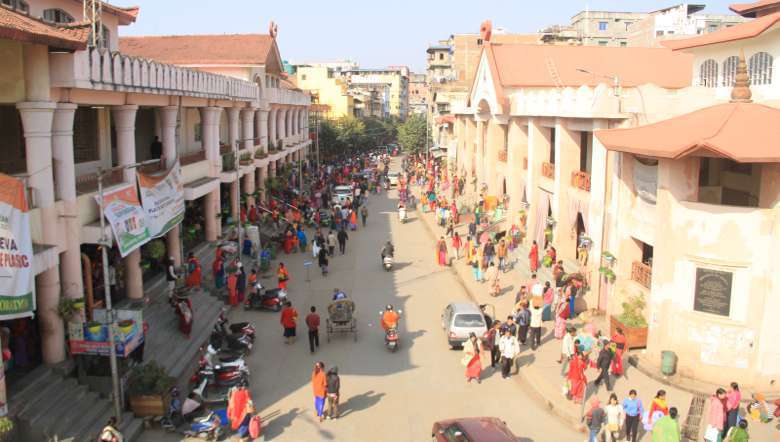 The government issued a modification to the SoP allowing 80 per cent capacity for public transport. Limiting to 50 per cent capacity is pragmatic as leaving one seat adjacent empty can fulfil the condition. How will seats be managed when 80 per cent capacity is permitted? An answer from the issuing authority is perhaps required so that there is no confusion. How can this system allow physical distancing? In fact observe any public transport vehicle; it is full of passengers with quite a few without mask and there is no question of sanitising the frequently touched areas regularly. On the ground that the number of passengers was reduced the fare was doubled but when 80 per cent capacity is allowed there is no reduction in the fare on the ground that there is sharp increase in the price of fuel. This indicates utter lack of governance and it is not surprising that the Transport Department is keeping quiet on the matter. The government seems to react only when violent agitations are held.

As done in previous cases, the house of an alleged suspect in an unnatural death which was claimed to be homicide was burnt by a mob in Thoubal Moijing. A very sad case as there is not yet any evidence to support the claim. Whether it is homicide or drowning will be known only when the post mortem report is finalised. Even if it is confirmed that it is a case of homicide, there has to be evidence that the alleged suspect is the perpetrator. Taking the route to destroy houses of alleged suspects is an example of lawlessness. The government was keen to control it and in fact a law was talked about but nothing came out of it as the state legislature do not have the powers and can only do so if the amendment is approved by the President. Some may claim it as mob justice but that is totally a misinterpretation of the term justice, such acts are nothing but mob violence. The existing laws against unlawful assembly, causing grievous hurt, destruction of property, etc must be applied to those who caused the damage. There are claims that some of the leaders in the illegal act are under the scanner themselves for various other crimes, including drug trafficking. A detailed investigation is called for and fitting penalty imposed on the perpetrators so that such act will not be tolerated. If the case is found to be a simple case of drowning, who will rebuild the destroyed house?

There was a viral footage in the social media about the villagers of Paoyi destroying poppy plants and the chief minister was so impressed with that that he announced and gave away Rs 10 lakh to the village. But the footage show drying plants with no capsules and a few poppy flowers here and there making one suspicious whether the plantation is a one where harvest of opium had already taken place. The intent of the villagers cannot be doubted but how come they come to know of such plantation after growing for more than two-three months. There are many Tangkhul villages which refuse to grow poppy, though some have allowed levying a fixed charge per acre.

There was a report of the Rajya Sabha Member for moving Parliament for declaration of Kangla as a World Heritage Site. World Heritage Site is declared by UNESCO and Parliament has nothing to do with it. Who are the people who guided him? They should come out in the open rather than instigating him to make a fool of himself? The course is to approach the Archaeological Society of India, the nodal agency in India for tangible heritage with the proposal. The Sangeet Natak Akademi is the nodal agency for intangible heritage. The site must fulfil at least one of the 10 criterias laid down and the nominations will be considered by ICOMOS and WUC which make recommendation to the World Heritage Committee. There are 35 such sites in India of which 27 are cultural properties, seven natural sites and one mixed site.

One leader of a political party is holding press conferences that one of his party’s MP will raise before Parliament the need to amend the MLR&LR Act, 1960. Such ignoramus professing to be a leader! The said Act was passed by Parliament while Manipur was a UT which does not have the power to enact laws. But after Manipur attained statehood, MLR&LR Act has been amended umpteenth number of times as also the District Council Act, 1971. Funny; the ways politicians try to be in the news irrespective of whether they have anything worthwhile to say; making difficult to watch the local TV channel news.

The Manipur State Assembly is now in sitting and the BE for 2021-22 is being considered. As per Rule 17A of the Rules of Procedure and Conduct of Business in Manipur Legislative Assembly, in a calendar year the Assembly shall have not less than three sessions namely the Budget Session, the Autumn Session and the Winter Session with minimum 50 sitting days (Emphasis supplied). For many years the number of sittings could hardly reach half of the minimum laid down. This has resulted in the squeezing of the role of the MLAs so much so that they keep aside their main responsibility of enacting good laws and focus on development works running after it themselves. The correct approach should have been to leave to the government the developmental works and question hard on any slippages in his constituency.  MLAs must insist to have at least the prescribed minimum 50 days' sittings and that will keep the government on its toes.

It was quite a surprise to see new names for the three Ima Keithels; which were popularly known earlier as Purana bazaar, New Market and Lakshmi Bazaar. The new names given were Phouoibi Keithel, Imoinu Keithel and Leimarel Sidabi Keithel. Can the State Government clarify how the new names were arrived at and whether any cabinet decision were taken in this regard after due consideration of the proposal. Such renaming of public institutions must be carried out after soliciting comments from the general public and a consensus arrived. In fact, the original name of Ima Keithel was Sana Keithel which was changed to Ima Keithel by outsiders who love to call it. From a Royal Market it has become a Mothers’ Market. In fact even a 35-year-old claim to be mother of 60 year olds! Ministers must understand that they are the guardians not owners of public property and before such renaming is carried out public opinion need to be ascertained. It does not, however, mean that there is objection to the new names personally though some are worshipped in homes only; the issue is about the modality and procedure adopted. Such step will lead to a new minister renaming them as per his whims.

Manipur is an interesting place with what one hand does the other hand opposes. There is also a belief that one can do away with murder, if one has the right connection. The citizens must be alert to ensure that real democracy as enshrined in the Constitution is tasted by them and not an election-centric democracy.