WAFA Wangoi team which is better prepared for the day, dominated the game scoring two goals each in either half of the match. 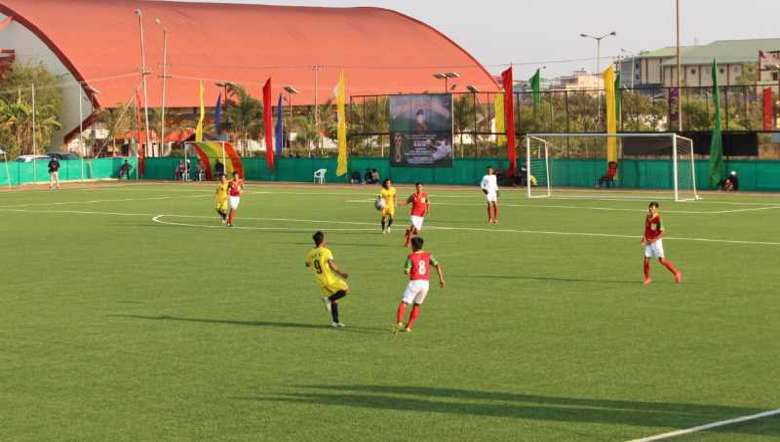 WAFA Wangoi team which is better prepared for the day, dominated the game scoring two goals each in either half of the match. E Joykishan brought a lively atmosphere in the match as he found the opening goal in the 21 minute and boosted with confidence, he repeated his feat scoring the second goal in 25 minute to post 2-0 goals in the first half.

Though GDC put up a challenging effort in the second half, the goal eluded them. WAFA also increased the pace and it was Seiminthang who came up with the third goal in the 74 minute and later Th Rohit Singh wrapped up the match with the fourth goal in the dying moment of 90 plus 2 minute for the resounding victory.

In the other matches, LYCC Liwa Chaning, Chandel upset RAU Lairikyengbam Leikai by 4-3 goals. It was a closely fought match but fortune favoured the brave as LYCC constant attacking strategy in the second half paid rich dividends.

LYCC opened their goal account from SK Damme in the 11 minute of play but RAU replied positively with Lamjingba fetching the equaliser in the 13 minute to toughen the competition. SK Damme lurking effort paid off when he came up with his second goal in the 24 minute.  But not to outshine the Chandel boys, RAU brought up the equaliser from N Jiten in the 26 minute.

RAU kept their momentum intact and it was L Ronaldo who pushed them ahead with the third goal in the 39 minute to enjoy a 3-2 goals lead in the first half.

But LYCC came up with a vengeance in the second half as they quickly fired two goals in a span of four minute to take control of the game till the final whistle. Daimas Chothe worked his way to pick the equaliser in the 73 minute to level 3-3 goals and later Bedeenpar came up with the winning goal in the 77 minute for the victory.

NACO Nambul Mapal got a walkover point against SYC Tamenglong as the latter failed to submit the CRS for players.