It has been 24 years since the proposal to declare Zeilad Wildlife Sanctuary was notified but the state government is yet to make a formal declaration. 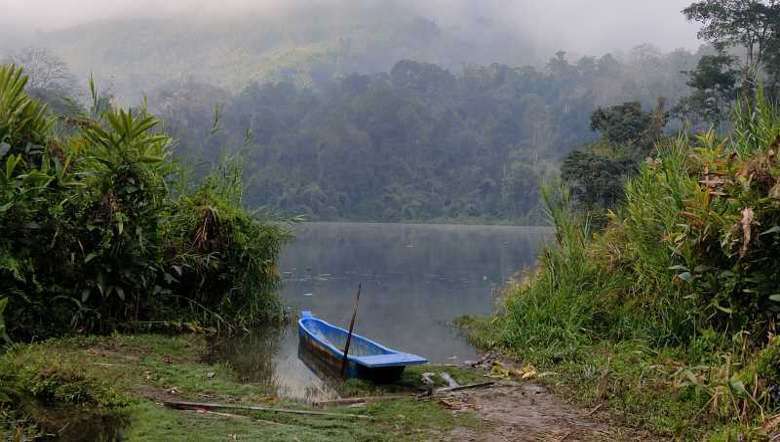 The Zeilad Wildlife Sanctuary in Tamenglong district of Manipur in Northeast India is gradually degrading even before it is declared a full-fledged wildlife sanctuary.

The Manipur government had proposed the Zeilad Forest of Tamenglong district with a size of 21 square km to be declared “Zeilad Wildlife Sanctuary” on April 4, 1997. This proposed wildlife sanctuary is located at a distance of around 20 km from Tamenglong headquarters.

The initial notification of the proposed wildlife sanctuary was issued under Section 18 sub-section (1) of the Wildlife (Protection) Act, 1972 by reason of its rich ecological, faunal, floral, geomorphological, natural or zoological significance.

The significance of the Zeilad forest having seven lakes, the presence of around 15 various species of fish, and being the abode of migratory birds, including Amur Falcon, different flora and fauna and the seven-step Barak waterfall prompted the proposal to declare it as a wildlife sanctuary, the notification stated.

According to information provided by the state forest department, this proposed wildlife sanctuary is located at an altitude between 372 m to 1053 m and lies between 93 degree20/to 93 degree/E longitude and 24 degree/30 to 24 degree 55/N latitude.

Due to the change in the ecological condition, some of the lakes have dried up.

Among the existing lake, Zeilad Lake is the biggest with a size of around 8 hectare and the depth is about 130 feet in the deepest part of the lake (as per villagers’ report). It is also known as a habitat of pythons. To reach the lake, one has to cross the Barak River by boat and then trek a distance of around 2 km.

Despite the proposal made almost 24 years ago, the state government is yet to act upon it due to incompletion of the land settlement process as around five villages have already been set up within and nearby the proposed sanctuary.

According to Wildlife (Protection) Act 1972, the land acquisition process has to be completed within a period of two years from the date of notification of initial declaration.

Although the initial notification was declared, degradation of forest and its environment is continuously taking place.

During a visit made by a team of media persons to the Zeilad wildlife Sanctuary as a part of one month-long media campaign under the theme “Know Your Sanctuaries and Wetlands” organised by the All Manipur Working Journalist Union (AMWJU), some prohibitory acts were witnessed within the sanctuary area. 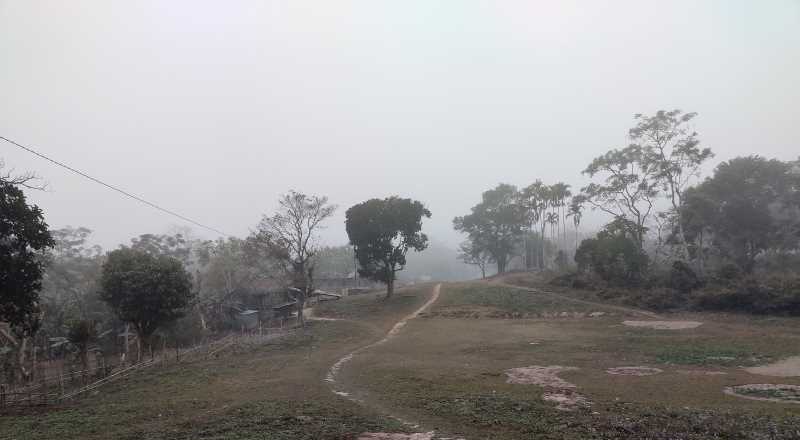 According to the Wildlife (Protection) Act, pollution of natural resources like lakes, ponds, deforestation and poaching or hunting are strictly restricted. But during the one-day visit to the forest, on the way to Zeiladjang village, the team found deforestation in some areas, drying up of lakes and pollution in Napsemzei Lake. One of the water bodies found on the way to Zeiladjang (a village within the sanctuary) was completely dried up. Some villagers were also seen coming out to catch wild ducks and fishes at Zeilad Lake.

The team also found the lack of essence of being a sanctuary. Signboards which can help to protect the forest area and create awareness on forest conservation were missing.

Zeiladjang village chairman Mathew Gonmei expressed serious concern of the degrading condition of the forest. He said that compared to past years, forest and its environment is depleting gradually. He also said that only four lakes are existing now. Conservation of the sanctuary would have been successful if the government had declared the sanctuary soon after its initial notification.

When asked whether the village is ready to relocate to declare it as a sanctuary, he stated that villagers are ready to support its declaration but couldn’t accept the suggestion of relocating the village.

“We cannot accept the relocation of the village with the reason to declare it as a sanctuary. People of this village solely depend on forest for livelihood. As such if the state government can develop the place as an eco-tourism spot, we are ready to support the final declaration of the sanctuary. The road in the area and the Barak Bridge should also be constructed,” Mathew maintained.

The village chairman further said that Zeilad Lake holds a lot of significance of this proposed wildlife sanctuary. The size and the natural environment of the lake is not highly degraded. But there is an urgent need for right intervention to preserve the lake so that the serenity and pristine beauty of the lake stays forever.

Speaking exclusively to the Imphal Free Press, environmentalist Salam Rajesh said that large water bodies are rarely found in high altitude. Considering this and the high presence of biodiversity, the final declaration of Zeilad Wildlife Sanctuary is much needed, he said.

"Climate change is a global issue. Therefore, it is high time to act locally by preserving natural resources to solve the global problem," he stated while suggesting to preserve mountain wetlands.

Salam also said that the state has a limited number of water bodies situated at high altitude. Some of them are Achongmukhi in Ukhrul, Jaimeng in Kangpokpi, Zeilad in Tamenglong.

"The mountain wetlands weren't given much importance for so many years globally. But nowadays things have changed. Due to urbanisation in city areas, conservation of forest landscape has become a major means to curb climate change issues. It is high time for the state to take up necessary measures to conserve this limited number of water bodies," he maintained.

Chief conservator of forest, Wildlife, Leichombam Lukhoi Singh, speaking exclusively to the Imphal Free Press, pointed out that wildlife and forest conservation cannot be carried out effectively until and unless land issue is solved.

People should cooperate in bringing an amicable solution with the government with the concept that the benefit of forest preservation would reach each and every one, he said. He also stated that the forest department is imparting awareness programmes about the essence of forest conservation. The result of conducting such programmes have started showing as nowadays people are becoming conscious about forest protection with enthusiasm.

Some of the instances proved the loving nature of the people, he said, adding they started handing over animals which they found entering the house in forest areas. Several NGOs or community level associations are also formed to preserve forest and wildlife with dedication, he stated.

The forest department alone cannot save and protect the forest. Noting that villagers of hill areas are like custodians of the forest, the department has taken up the steps of community reserve forest, he added.

Considering it, it is high time the state hasten the process of declaring Zeilad forest as a full-fledged wildlife sanctuary before the forest degradation worsens.