Inspector General Assam Rifles (East), Major General Ranjit Singh inaugurated the veteran mela, which was attended by around 50 ex-servicemen along with their dependents. 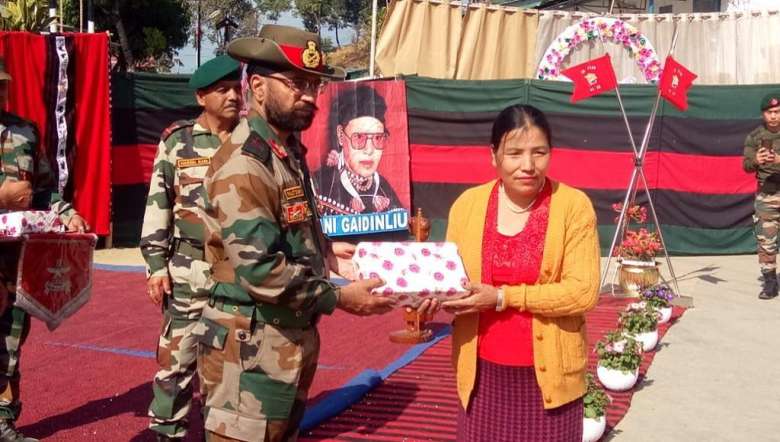 With an aim to honour the veterans of Assam Rifles and Indian Army of Tamenglong district and have good relationship with the security forces, 44 Assam Rifles under the aegis of Sector 22 Sect/IGAR (East) on Monday organised ‘Veteran Mela’ at Tamenglong camp complex.

Inspector General Assam Rifles (East), Major General Ranjit Singh inaugurated the veteran mela, which was attended by around 50 ex-servicemen along with their dependents.

A colourful cultural event was held for the veterans to refresh the memories of serving in defence forces.

A story depicting the life of Rani Gaidinliu, the great freedom fighter of Tamenglong district who was conferred the title of ‘Rani’ and addressed as ‘Daughter of the Hills’ by first Prime Minister Pandit Jawahar Lal Nehru was also showcased to the audience in the form of skit.

In his speech as chief guest, Major General Ranjit Singh emphasised the importance of the role of veterans in improving the society. He said that Assam Rifles is committed to bring peace and harmony in the northeast and every possible assistance is provided to the local populace especially the AR veterans.