A book on the governance of BJP was released at the executive meeting of the BJP ST Morcha. 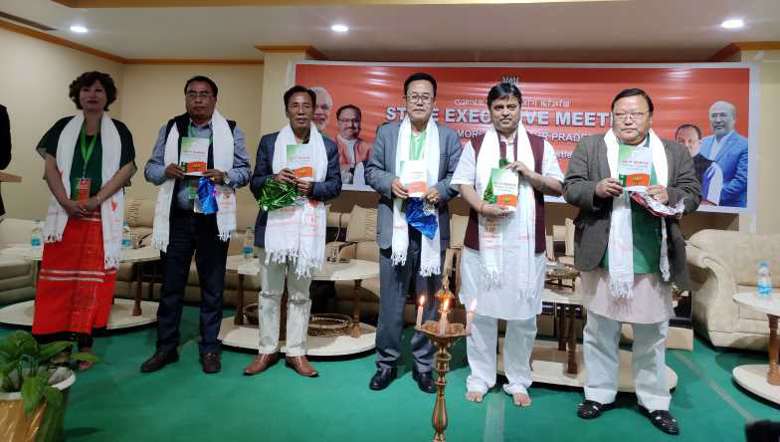 The main objective of organising the meeting is to discuss the strategies to fight the upcoming elections and get a maximum number of seats, state president ST Morcha Manipur, Lanjaigai Kamei said at the function.

The meeting will chart out all the strategies and policies of the morcha to fulfill the said objectives, he said.

He further said that national leaders and state leaders of BJP had advised and shared so many ideas about ways and means of strengthening the power of BJP. The discussion of today’s meeting will also consider all those ideas, he further said while adding  above all, privilege will be given to attendees of the meeting to share their suggestions and ideas which will help the party to go forward.

Lanjaigai said that the present BJP government is putting all efforts to bring development in every corner of the state. To bring such development more in the state in coming days, BJP ST Morcha will extend cooperation and support wherever possible, he said.

As a part of the programme, a book on the governance of BJP was released.