Anguished over being denied admission to MA course after their graduation from their respective college, the students resorted to serving the ultimatum. 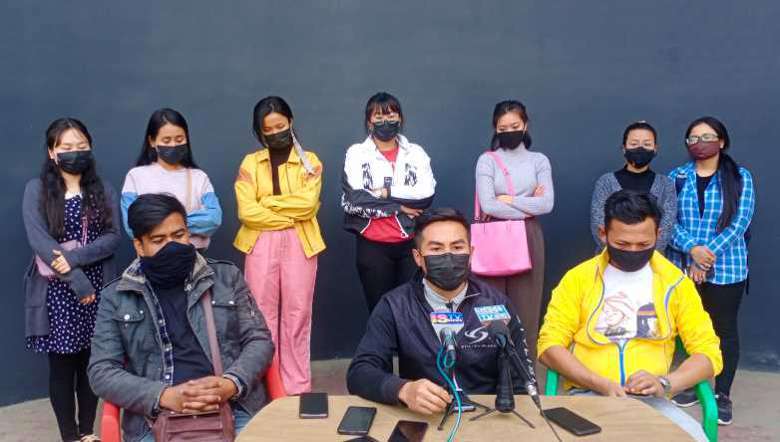 Graduate students of the Government Dance College, SSBD Music College and the JNMDA have served an ultimatum to authorities concerned to allow them admission to MA course in Manipur University of Culture by February 11. Voicing their demand, they have boycotted examinations in the three colleges.

Anguished over being denied admission to MA course after their graduation from their respective college, the students resorted to serving the ultimatum.

Failure to address the grievances within the given time period will lead the students to take up intensive forms of agitations including storming the Manipur Assembly complex on February 12, publicity secretary of the Joint Students’ Body of the three colleges, RK Leninsana told reporters in Imphal.

Leninsana said the MUC has introduced a ‘lateral entry’ course which will let the graduates to study in the final year course of BA in MUC. Admission under such a course will never be acceptable, the publicity secretary added.

Asserting that the students of the three colleges will not retreat from demanding admission at MCU, he appealed to the authority concerned to look into the matter and solve the issue at the earliest by considering the academic career of the students.

Unless and until the demand is fulfilled, the Joint Students’ Body has boycotted all the upcoming examinations in the three colleges, he announced.