College teachers to go on mass casual leave in Manipur

The Federation of Government College Teachers’ Association, Manipur had served an ultimatum to issue an order for the implementation of UGC 7th Pay by February 16, FEGOCTA president Pishak said. 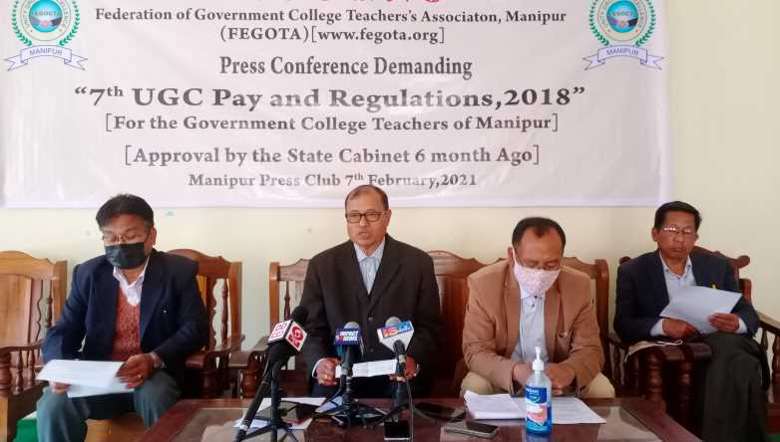 Government college teachers in Manipur have decided to go on mass casual leave on February 12 and 13 as a part of the ongoing agitations, taking serious note of the non-implementation of the UGC 7th Pay and Regulation, 2018 for college teachers in the state.

Failure to pass the appropriate order within the given period will lead the college teachers to indefinitely boycott the ongoing classes, said FEGOCTA president A Pishak while briefing the media in Imphal on Sunday.

The Federation of Government College Teachers’ Association, Manipur (FEGOCTA) had served an ultimatum to issue an order for the implementation of UGC 7th Pay by February 16, Pishak said.

Not issuing the order of 7th Pay even after the state government had given written assurance thrice for implementing the pay scale is a “big insult and betrayal” to the teacher’s community of Manipur, he said.

All college teachers of other states are already enjoying their 7th pay revision, he added.

Asserting that the government's maintaining silence on the college teacher’s demand is inviting FEGOCTA to take up intensive forms of agitations, Pishak cautioned that boycotting of classes will give a big disturbance in the academic atmosphere of the colleges.

Questioning how the college’s teachers will be able to give lectures and discharge their duties with focus in the current situation, the president appealed to the chief minister to intervene in the matter and implement the 7th Pay for the development in the education sector of the state.

Now get your voter ID card on mobile: Here's how to download e-EPIC