Although the Saturday chakka jam ended peacefully, the government is taking no chances and has beefed up security along Delhi borders to prevent any untoward incident. 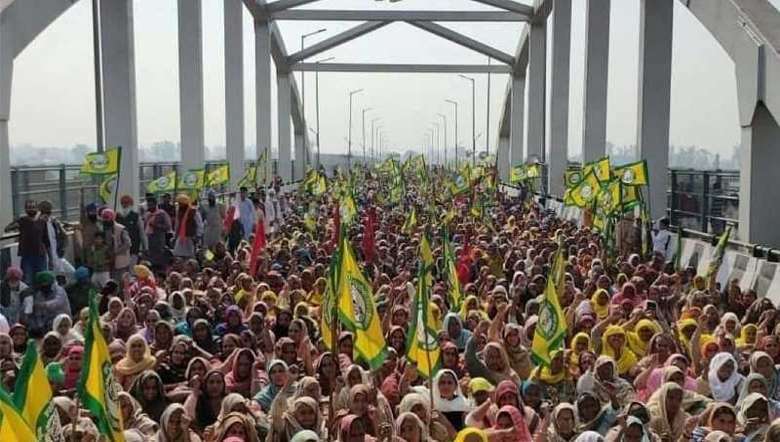 A day after the chakka jam, heavy security personnel have been stationed at all borders of Delhi as farmers continued with the protest against the three new farm laws, demanding the repeal of the laws.

The chakka jam called by the protesting farmers in the national capital and state highways concluded on Saturday. Thousands of farmers from several states, including Haryana and Punjab, held the chaka jam or road blockade in protest against the internet ban around the farmers' protest sites.

Although the chakka jam ended peacefully, the government is taking no chances and has beefed up security along Delhi borders to prevent any untoward incident as the farmers continued their demand for repeal of the new agricultural laws:

1. The Farmers’ Produce Trade and Commerce (Promotion and Facilitation) Act, 2020

2. The Farmers (Empowerment and Protection) Agreement on Price Assurance and Farm Services Act, 2020

Unrelenting, farmers from different parts of the country have been agitating against the three laws and camping at Delhi borders for over two months now.

According to reports, the farmer who hailed from Haryana's Jind was found hanging from a tree, 2 km away from the Tikri border and left  behind a handwritten purported suicide note.

The deceased wrote, "Dear farmer brothers, Modi government is giving date after date... it cannot be guessed when these black farm laws will be rolled back. We will not go from here until these black laws are cancelled.”

In January, a 42-year-old farmer from Rohtak also allegedly died by suicide at the border.