Congress leader Zanith Sangma slammed the NPP-led MDA government for committing a "blunder" by bringing amendment to the MRSSA. 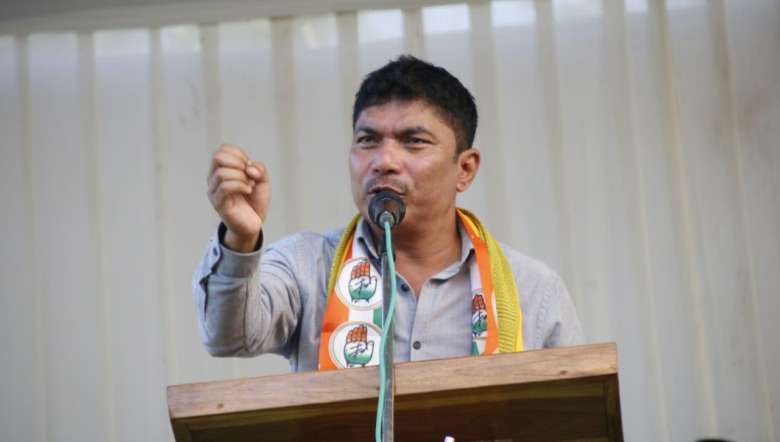 The opposition Congress has asked the NPP-led MDA government to implement the Meghalaya Residents Safety and Security Act (MRSSA) in its original form pending the Centre’s approval for bringing the state under the Inner Line Permit regime.

Agreeing with the Governor Satya Pal Malik, who had recently stated that decision on ILP is the Centre’s prerogative, Sangma however said, “Whatever is within the jurisdiction of the state legislature, we should come up with certain mechanisms…to regulate and protect the interest of the indigenous citizens of the state of Meghalaya.”

The Rangsakona MLA recalled that keeping this in mind, the then Congress-led government under the leadership of Mukul Sangma as chief minister had come up with the MRSSA in 2016.

“This is a very comprehensive and strong law and the Bill was prepared in such a way wherein we can avoid the judiciary’s intervention from any court of law,” Sangma said.

According to him, district task forces were also constituted under the chairmanship of the respective deputy commissioners besides appointment of various labour inspectors in all the blocks of the state for the expeditious implementation of the Act.

The Congress leader also slammed the MDA government for committing a “blunder” by bringing amendment to the MRSSA.

It may be mentioned here that the MDA government has passed the Meghalaya Residents Safety and Security (Amendment) Bill, 2020 last year.

“Contrary to that, the MDA government under the leadership of Conrad K Sangma tried to amend it. They have brought the amendments to the House, passed it and sent for the assent of the Governor and it has stuck up there because any clauses in the law which will attract the intervention of the judiciary or court of law will affect the early implementation of the law…That was the mistake (they did),”he said.

“The MRSSA should have been implemented in its original form as it is more beneficial than any other law. Under the provision of the ILP, people will be scrutinized in the entry points but under the MRSSA, 2016, it is there to scrutinize people at the entry-exit points and also within the state. There is a strong mechanism which can detect any persons who are not original residents of the state,” he further added.

Sangma said that house owners or landlords will have to furnish all information to the local as well as government authorities while renting out their house or land failing which they can be prosecuted as per law.

“So if this particular law is implemented in totality where is the scope of any influx or any outsider to hide somewhere in the state as it is a very strong law,” he asked.

Sangma said that when the delegation of the party had met the Governor , the latter had expressed apprehension that Meghalaya being a transit state, the free movement of the citizens to other parts of North East India might be affected if ILP is implemented.

“…it is not within our mandate to restrict the free movement of the citizens. That is why since it is not within our jurisdiction to implement…we never know if the government of India will really be serious to grant us this ILP or not. While we are taking time in regards to influence or convince the government of India to grant us ILP, this MRSSA should be expeditiously implemented for the interest of the citizens of the state,” he asserted.

Stating that the government’s claim that the exercise to bring amendment was to give more teeth to the MRSSA was seen as an attempt to delay its implementation, Sangma said, “This law in its original form also is very strong and it should have been implemented . If any loophole is found, it should have been rectified.”

On the other hand, the Congress leader said it can also be assumed that the MDA government is not willing to tell the people that the law was enacted during the Congress regime.

“That is why rather they are trying to say it is not a strong law and just to give  more teeth to it, some amendment is required which is not exactly I should say rather (it is) to delay the implementation of this act,” he added.