The protest which began on February 1 at the national level will continue till February 14. 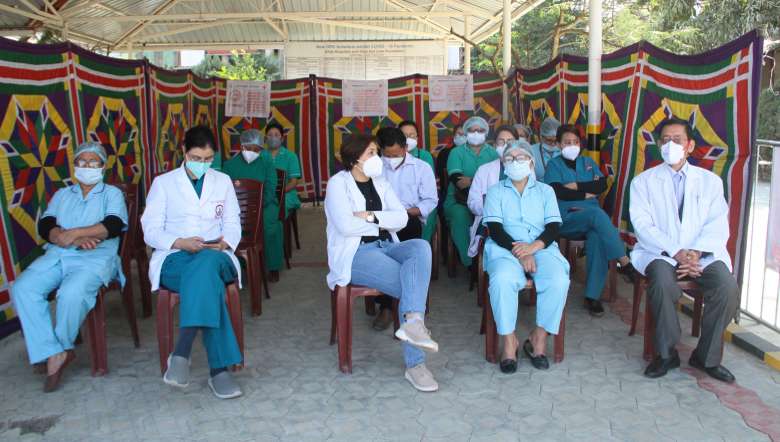 Doctors of Shija Hospitals on Saturday staged a sit-in protest at IMA House Lamphel and Shija Hospitals Langol as a part of the Indian Medical Association (IMA) call for a nationwide strike against the Centre’s decision to allow post-graduate Ayurvedic doctors perform surgeries.

Medical superintendent Shija Hospitals Dr Jugindra Sorokhaibam said that the protest which began on February 1 at the national level will continue till February 14.  Jugindra said the doctors had been protesting against the Centre’s decision to allow Ayurvedic doctors to perform 48 types of operation after they undergo training for merely two years.

Doctors have to first complete MBBS in five years, three years in surgery and another two-three in super specialisation to become a surgeon. However, the Centre’s decision to allow Ayurveda doctors to perform surgery after training for two years will put patients at risk, he added.

Once the Ayurveda doctors complete their two years training, they will be given a tag of medical surgeon. However, the patients may not receive the necessary treatments expected from a medical surgeon, Jugindra said.

The IMA on Thursday announced a pan-India relay hunger strike of doctors starting February 1 in protest against a notification issued by the Central Council of Indian Medicine (CCIM) that authorises post-graduate practitioners in specified streams of Ayurveda to perform general surgical procedures, stating that it will lead to “mixopathy.”