A team of Yairipok police seized three litre of DIC liquor from one Kshetrimayum Naoba Singh on Saturday. 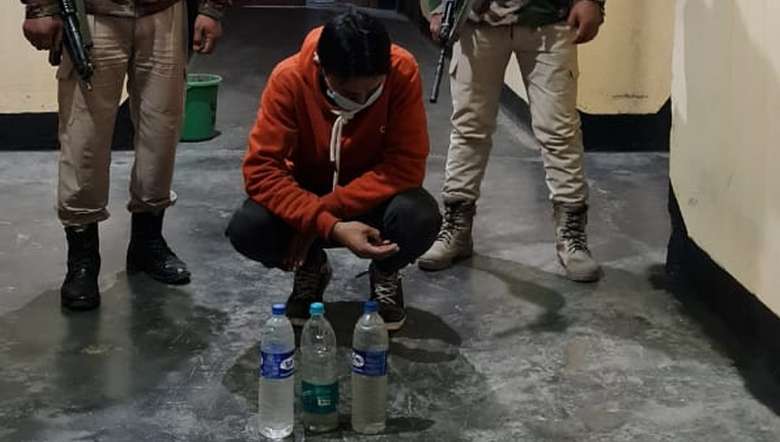 Thoubal police conducted liquor drives at different places of  the district on Saturday.

As per police sources, during a drive at around 5:30 pm on Saturday, a team of Yairipok police seized three litre of DIC liquor from one Kshetrimayum Naoba Singh, 41, son of Ksh Iboyaima Singh of Yairipok Bazaar. The person and seized items were handed over to Excise Department for further formalities.

Meanwhile, a team of Khongjom PS led by SI Ak Joydutta rushed to Sapam Maning Leikai at around 5 pm and apprehended one individual who was identified as Phanjombam Chaoba Singh, 38, son of (L) Ph Tomba Singh of Sapam Maning Leikai. The police team detected 6 kg of ‘hamei’ (yeast) from his possession, the source added.