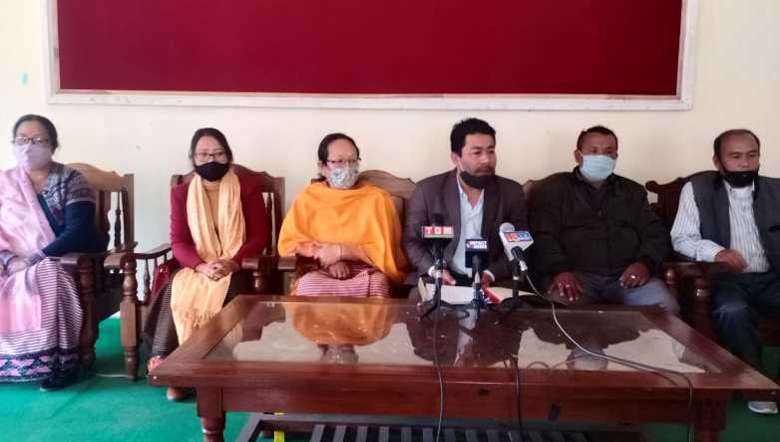 Accusing Kakching Assembly constituency legislator M Rameshwar of interfering in the allotment of 20 shops to applicants through lottery, the Kakching Municipal Councillors has sought the intervention of the MAHUD minister and officials. Failing to address the issue may lead to intensified agitation, the councillors said.

For the welfare of the people of Kakching district, 20 shops were constructed in the Kakching Municipal areas. The construction works started in February 2020 and was completed in September 2020, Kakching Municipal Council N Sanjitkumar said while speaking to the media on Saturday in Imphal.

The municipal counsellors decided to conduct lottery for handing over the shops to the applicants without any biases. However, due to the COVID-19 pandemic the lottery was postponed for some period, he said.

Sanjitkumar said in view of the slowing down of the COVID pandemic, the counsellors have decided to conduct the lottery on February 6 after getting a green signal from MAHUD officials and has already started issuing lottery tickets to around 2,000 individuals.

“It is indeed injudicious that an MLA who stood second in the Assembly election is interfering in the works taken up by the counsellors in the interest of the public,” she added.

Inakhunbi appealed to the authority concerned to intervene in the matter for conducting the lottery according to the schedule.