The resumption of agitations with a threat of boycotting academic activities have impacted the minds of the thousands of students, ATSUM said. 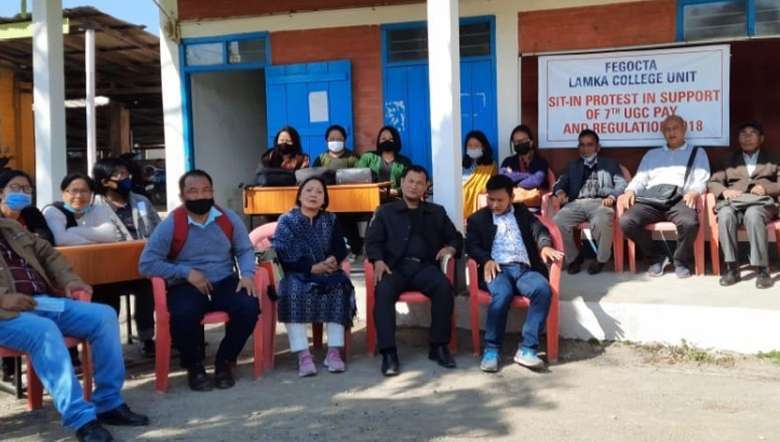 The All Tribal Students' Union Manipur (ATSUM) on Friday urged the state government to intervene into the ongoing agitations of Federation of Government College Teachers' Association (FEGOCTA) and resolve the issue in the larger interest of the student community.

ATSUM is deeply concerned with the apathetic conduct of the state government over the protracted demand of FEGOCTA for implementation of 7th UGC Pay and Regulations 2018 which was approved by the state cabinet on August 6, 2020, ATSUM education secretary Kaikho Hopeson Mao said.

He said that the demand for implementation of 7th UGC Pay and Regulation 2018 began in December 2018 by the teachers of government colleges in the state under the banner of FEGOCTA by resorting to various forms of agitation like boycotting of classes, sit in protest etc.

Such periodic and persistent agitations by teachers and the corresponding silence of the Education (U) department or the state government have caused no good to anyone, he said. It has rather caused great loss to the academic careers of the innocent college students for the past two years, he added.

He also said that the state government approved the implementation of the 7th UGC Pay and Regulation 2018 in its cabinet sitting on 6th August 2020. However, after six months of cabinet approval, the state government failed to deliver the implementation in reality, he said. It has compelled the government college teachers under FEGOCTA to serve an ultimatum and resume their suspended agitations from January 28 onwards with a thread of resorting to a sit-in-protests and boycotting of academic activities in colleges, he added.

The resumption of agitations with a threat of boycotting academic activities have impacted the minds of the thousands of students as their academic life remains at stake with their semester examinations nearing, he mentioned.

It is a fact that teachers have substantially contributed in shaping the future of the state by investing their whole life in molding human resource development of the state, he said.

He further said that as the 7th UGC Pay and Regulation 2018 is a national policy enjoyed by government college teachers of other states and even by employees of Manipur state, implementation of the same will improve collegiate education of Manipur.

Considering the life of students whose academic careers are ultimately threatened due to the current impasse, ATSUM said that it is pertinent that the state government immediately intervene and resolve the deadlock by issuing an order for implementation of 7th UGC Pay and Regulation 2018 in government colleges.