‘GSDP expected to grow at Rs 43,121 crore next financial year’ 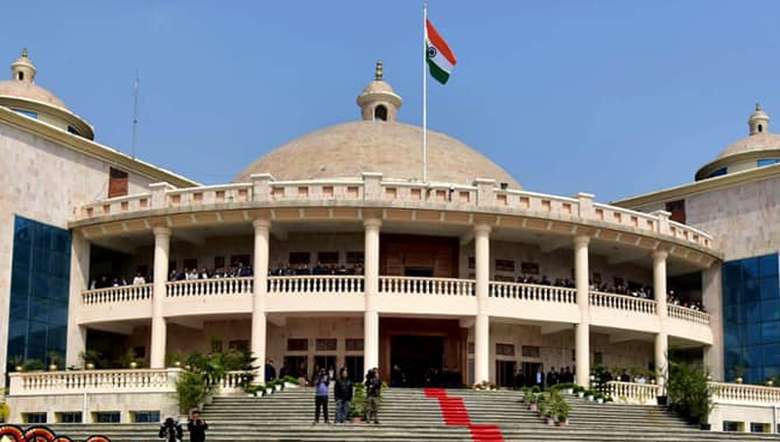 Manipur Deputy Chief Minister Y Joykumar, who is also in-charge of finance, on Friday said the fiscal deficit for 2020-21 is projected at Rs 3,743 crore, which is 9.93 per cent of GSDP, and the current year is expected to have a budgetary deficit of Rs 2,616 crore in revised estimate 2020-21 by taking into account all receipts and expenditures.

Joykumar stated this while introducing the Supplementary Demand for Grants 2021-22 on the third day of the 12th Session of the 11th Manipur Legislative Assembly.

The Supplementary Grants sought for are of the order of Rs 5,533 crore covering 39 Demands and one Appropriation. Of this, Rs 2,346 crore is charged on the Consolidated Fund of the state and Rs 3,187 crore is to be voted by the House.

Highlighting the likely fiscal position in the next year, Joykumar said that the fiscal deficit is estimated at Rs 3,976 crore which is 9.22 per cent of the GSDP and the total outstanding debt is projected at 32 per cent of the GSDP during 2021-22 against the revised estimates figure of 33 per cent.

He further said that in the last four years, it has observed that the state has moved forward on all fronts, and achievements of the state government have been recognised in various forums.

Considering the difficulties faced by cancer patients who are seeking treatment outside the state, he said that the government is setting up a cancer institute on PPP model to reduce the burden of the patients’ families.

Moreover, a new scheme ‘Chief Minister’s scheme for assistance to cancer patients’ is being introduced with an allocation of Rs 10 crore in the budget estimate 2021-22, he added.

Asserting that the government is taking up a project to rejuvenate Lamphelpat, with external funding from the World Bank, he said once the project is completed urban flooding will be alleviated and provide a sustainable water source for Imphal city.

The total project cost is estimated at Rs 650 crore and an outlay of Rs 177 crore has been provided in budget estimate 2021-22 for this project, the deputy chief minister said.

The government is also taking up the work of constructing an amusement-cum-children parks in six hill districts - Churachandpur, Senapati, Tamenglong, Ukhrul, Chandel and Kangpokpi with a total cost of Rs 29 crore and allocation has been made in revised estimate 2020-21, Joykumar added.

The state government’s handling of the COVID-19 pandemic and management of the economy and public finances during these dire times has affirmed the trust which the people of this state has in the government, he added.

Asserting that this budget is proof of the government’s commitment, Joykumar said, “It is not miracles but hard work, cooperation, grit, and the blessing of the people that has enabled our government to make many achievements in a short span of four years.”