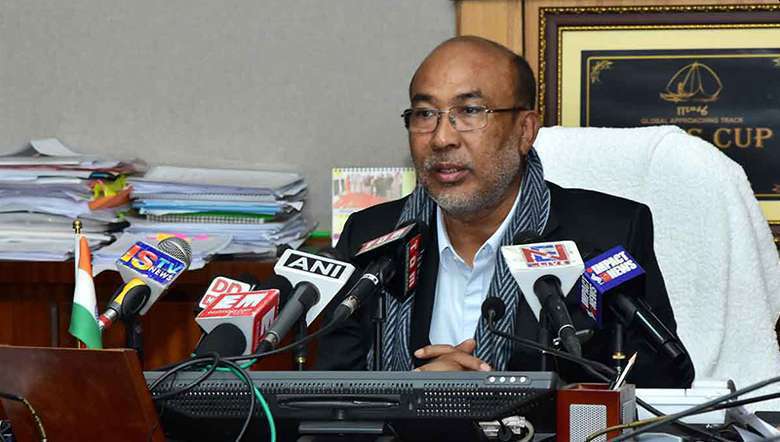 Manipur Chief Minister N Biren Singh on Thursday said the government has been persuading the Central government to withdraw the Armed Forces Special Power Act (AFSPA) from the state as law and order of the state has been far better when compared to recent years.

Biren was responding to queries raised by the opposition bench concerning the law and order situation of the state.

MLA K Ranjit said that AFSPA can be removed from beyond greater Imphal areas as the law and order situation in the state has been considerably improved while seeking clarification on the governor's statement concerning the matter. However, in response the CM said the matter can be further discussed during demand discussions.

Congress MLA Alfred S. Kangam Arthur, said the issues concerning Suspension of Operation (SoO) needs to be addressed. To this, Biren said the government is trying to settle the issues confronting the SoO.

CM Biren further said that the government will consider the opinions from members of the opposition bench but the governor’s speech which was given in brief regarding the achievements of the present government cannot be rectified.

Responding to the opinion of MLA Meghachandra of the opposition bench, the leader of the House said police cannot detect owners of the field where illegal poppy cultivation is taking place in hill areas. The government has initiated measures for planting alternative crops by replacing illegal poppy plantations in hill areas, he added.

CM Biren further said the state government has opened the registration of start-up and others throughout the year for skilled and unskilled people who had returned to Manipur during COVID pandemic.

In connection with the opinion placed by opposition MLA Arthur, he further said that to make up state tourism, the state government will try to organise state tourism festivals at international level to get various benefits in the state after the pandemic.

CM Biren added that concerning Naga peace talk, the previous government was also excluded during the talk. But the decision of the state government that the central government should take consent of the Manipur government if the peace talk may affect the state interest remains, he added.

The chief minister further said as the governor’s speech cannot be rectified, urged the opposition members to adopt the speech by withdrawing their motions.

Later the cut motions of opposition MLAs were considered as withdrawn with a voice vote.

The House condoled those who died due to COVID-19 till date by observing a one-minute silence.