The locals of Litan Makhong in Imphal demanded justice for the crime. 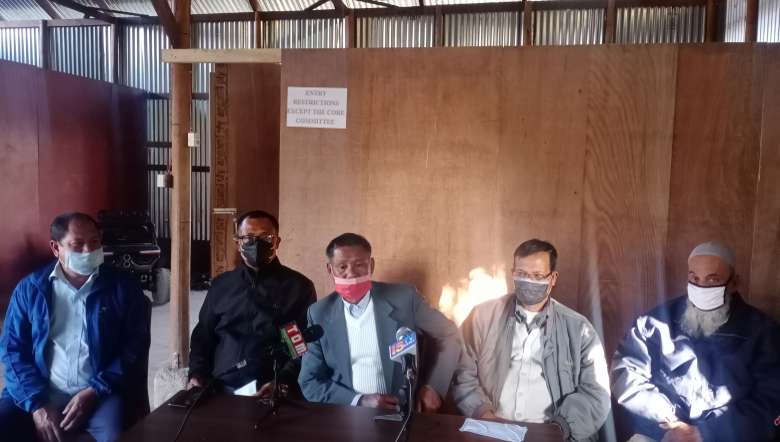 Accusing the police of inaction in nabbing the culprits of the alleged attempt to murder case that took place in broad daylight at Andro, locals of Litan Makhong in Imphal on Thursday demanded justice for the crime.

Two men were reportedly physically assaulted by a group of people while they were visiting their ailing relative at Poiroukhongjil Maibam Leikai, Imphal East on February 3. Vehicles of the victims were also reportedly damaged by the attackers.

A complaint has been lodged at the Andro police station against four individuals who led the gang of around 20 people. The police, however, have not taken action against the culprits, said one Sagolshem Juge while speaking to the media on Thursday in Imphal.

Juge claimed that he had accompanied the two victims while visiting the ailing relative identified as Maibam Hemba.

He said, “Failure to nab the culprit by the police seems like there is a big political influence regarding the incident. It also seems like the culprits are protected by a powerful politician.”

Asserting that there is a trend of shielding the culprits who have political influence, Juge appealed to the people of Andro constituency to remain united in demanding justice for such crime.