Hanjabam Radhe Devi appealed to the younger generation who are working in the field of crafting Potlois to maintain its original pattern and style. 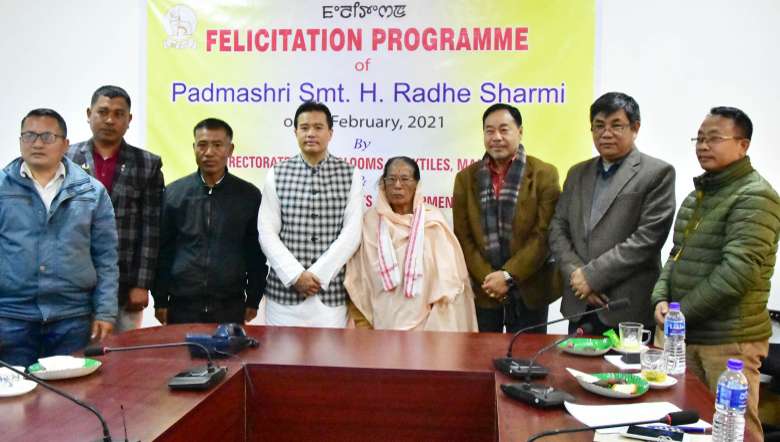 Manipur Textiles, Commerce and Industries Minister Thongam Biswajit Singh on Wednesday feted Padmashri awardee Hanjabam Radhe for bringing laurels for the state. She was feted by the minister at the conference hall of his office located at the new secretariat.

The Centre has now acknowledged and recognised the hard work of state’s artisans by conferring Padmashri to artist Hanjabam Radhe and folk singer Rewben Mashangva for this year Padmashri Award, the fourth highest civilian award in the country, Biswajit said during the function.

The minister also highlighted the importance of Potloi and stated that “Potloi is an indispensable item of our culture and tradition.” He elaborated that Rewben Mashangva played an important role in reviving and promoting folk music of the Tangkhul tribe.

He maintained that today’s youth should focus more on innovative ideas related with the rich culture and tradition of the state. Mentioning that extra effort and hard work is needed to achieve one’s goals, Biswajit also said that each and everyone in the society has a key responsibility for bringing development in the society.

Speaking on the occasion, Padmashri Hanjabam Radhe appealed to the younger generation who are working in the field of crafting Potlois to maintain its original pattern and style. 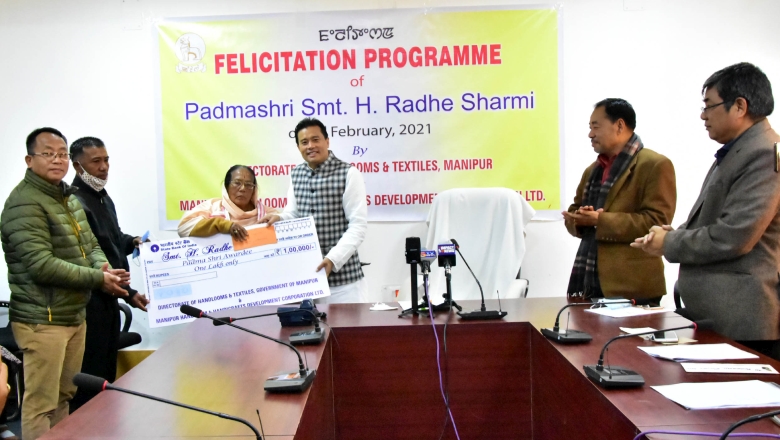