Ph Jotin Singh was declared the Man of the Match for his economical bowling and 15 runs contribution. 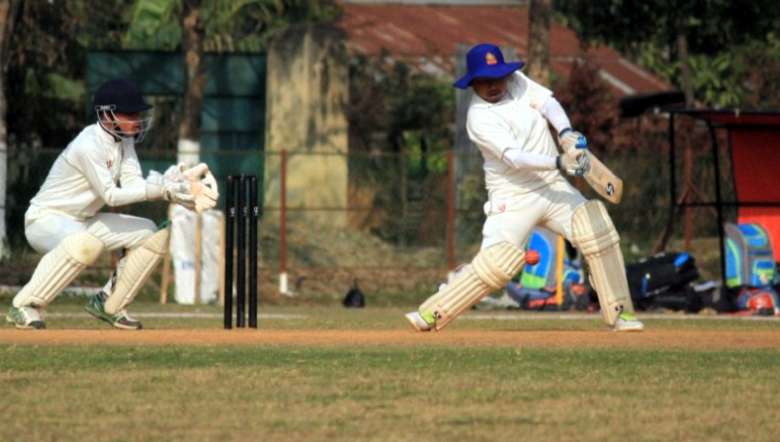 Though both the teams showed lacklustre in their batting, it was turn of the bowlers, particularly PTRC youngster Ph Jotin who steered his team to the victory with a fine spell of disciplined bowling.

PTRC batted first after winning the toss and set up a target of 174 runs for 10 wickets from 39 overs. Sourav Jain made 25 runs while Bidash and Alfred Hmar got 20 runs each. TRAU bowler Rajesh Jain claimed 3 wickets for 26 runs from 9 overs while H Sanjit, K Birjit and K Priyojit bagged 2 wickets.

In reply, TRAU batsman reeled under pressure from PTRC bowler as none could reach double figure mark in their score with Rajesh Patel and N Bishworjit topscoring with 8 runs each. PTRC bowler Ph Jotin claimed 3 wickets at the expense of 13 runs from 6 over while RK Rex too fetched 3 wickets for 19 runs from 7 over while Kiran got 2 wickets, K Bishorjit and Bidash picked up 1 wicket each.

Later, Ph Jotin Singh was declared the Man of the Match for his economical bowling and 15 runs contribution. In Wednesday’s match, THAU Thangmeiband will take on Force CC Khetrigao.