RD and PR minister urged to devolve power to PRIs

Out of 16 line departments, four have been transferred and the functionaries of the four departments are yet to be officially attached, MSPP said. 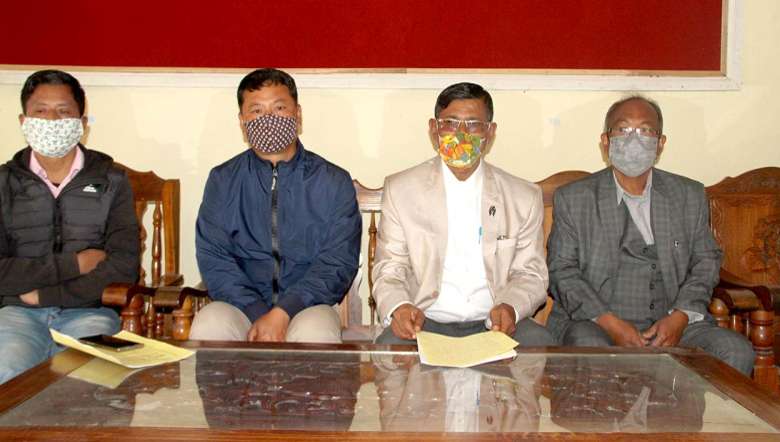 Manipur State Panchayat Parishad (MSPP) has submitted a memorandum to the minister in this regard and drew attention to various other matters as well, MSPP president Md Abdul Latif said while speaking to the media at Manipur Press Club.

He pointed out that the stat e cabinet in its meeting held on September 2, 2005 had approved activities mapping to devolve power in respect of 16 line departments to the PRIs in accordance with Manipur Panchayati Raj Act, 1994.

Out of 16 line departments, four have been transferred and the functionaries of the four departments are yet to be officially attached, he said.

He maintained that the Manipur Panchayati Raj Act, 1994 needs to be amended to enable a three-tier Panchayati Raj System in accordance with 73rd Constitutional Amendments Act, 1992 for more effective local governance.

The MSPP president also urged the minister to conduct the Sixth General Panchayat Elections, which is due to be held during October 2022, based on the 2011 Census.

He further appealed to include grant-in-aid for MSPP to the budget saying that it spends around Rs 25 lakh in a year while holding various functions and programmes.

Abdul further drew the attention of the minister to arrange for giving Annual Local Bodies Areas Development Fund to PRIs for more development of the rural areas.