As per sources, the driver and his daughter are in critical condition while his son is out of danger. They have been referred to Imphal for further medical treatment. 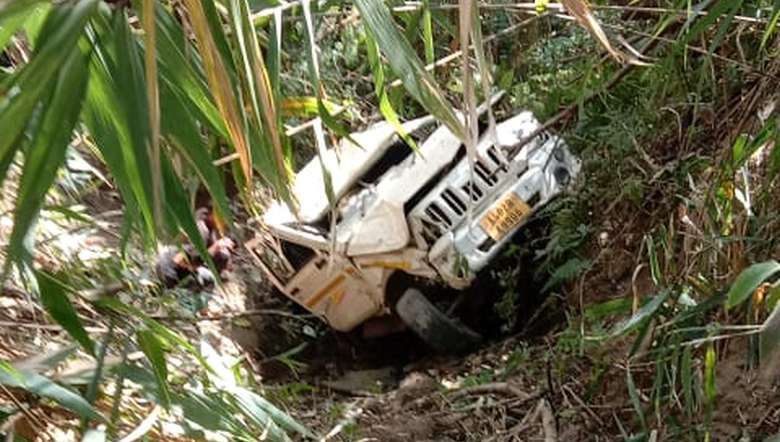 At least two people died and five others were left injured in a road mishap involving a Bolero camper pickup truck at around 9:30 am in between Phungcham village and Halang routes in Ukhrul district on Monday.

The deceased have been identified as AS Lungmila, wife of AS Wungpam and KS Sirachon, daughter of KS Joseph. Both were inhabitants of Peh village.

Reliable sources told the Imphal Free Press that Lungmila who was in her early 50s died on the spot, while Sirachon, 35, succumbed to her injuries on the way to District Hospital Ukhrul. The attending doctor declared her brought dead.

While trying to make way for a vehicle that was heading to Peh village, the Bolero camper carrying seven people rolled down into a steep gorge.

As per sources, the driver and his daughter are in critical condition while his son is out of danger. They have been referred to Imphal for further medical treatment.

The pickup truck bearing registration No AS02B C9906 was owned by its driver R Yangmi. Both his legs and hands were fractured, the sources said.

Meanwhile, Sirachon's two siblings are undergoing treatment at Leishiphung Christian Hospital Ukhrul. Sirachon and Rinchon were to travel to Mumbai, the sources added.

The mortal remains of the two deceased will be taken to their native Peh village for the funeral.