How do bats carry many deadly viruses without falling sick?

Though the precise origin of SARS-CoV-2, the coronavirus that causes this deadly pandemic called COVID-19 is not yet established, the virus spilled over into humans, from a wild animal, most likely from a bat, through an intermediate host, most probably a pangolin or another animal. 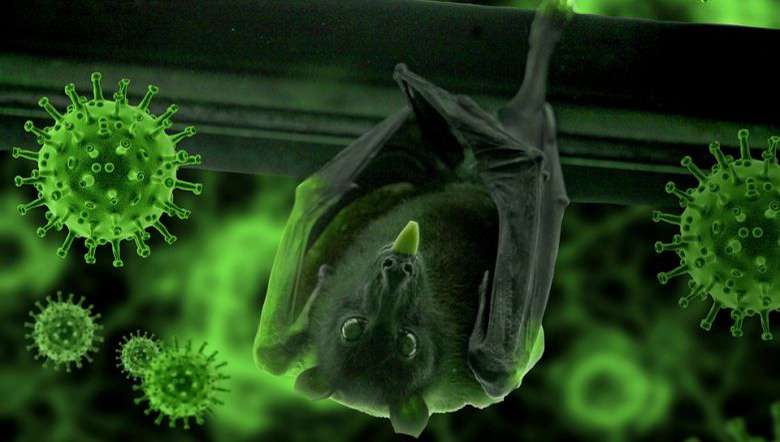 Bats are one of the major reservoir of emerging viruses. Many viruses are known to jump from bats directly to humans or, more frequently, through an intermediate host-camels, pigs, pangolin etc. Such spillover events lead to viral outbreaks such as SARS and pandemics like COVID-19.

The intriguing question is: how do bats carry many deadly viruses without falling sick? What's so special about bat biochemistry and physiology? What's the special protection mechanism in bat immune system that enables it to remain healthy, even though the bat virus, if it enters the human body, can cause dreadful zoonotic diseases such as COVID-19?

The riddle is not fully solved yet. However, active research is going on to decode this mystery. Several research groups have given various theories to explain this enigma. What do we know so far?

- Reducing the levels of caspase-1, an enzyme that triggers the production of a key inflammatory cytokine protein, interleukin-1 beta (IL-1b).

- Slowing down the maturation of IL-1bcytokines.

- Balancing the levels of caspase-1 and IL-1b.

Bats are the only flying mammal that display several unique features among mammals such as a long lifespan (relative to body size), a low rate of cancer, and exceptional ability to host viruses without falling sick. Scientific studies indicate that 64 million years of adaptive evolution have enabled the immune system of bats to finely balance defense and tolerance. We can learn many lessons from bats that would help us better understand viral evolution and to better predict, prevent, and control future viral spillovers (Nature, January 21, 2021).

Some other putative explanations for bats to act as viral reservoirs include:

2. Higher temperatures that bats experience during flight (the fever hypothesis), enabling them to decrease viral loads and to act as efficient viral reservoirs.

Bats are indeed special as reservoir hosts for emerging viruses. Deeper research into how bats maintain an intricate balance between immune defense and tolerance would give insights into not only how to control zoonotic diseases, but also how to combat aging and cancer in humans.

If bats carry so many deadly zoonotic viruses, are the poor animals to be squarely blamed for the human merging infectious diseases (EIDs)?

Several virus hunters think otherwise. They say that bats are not to blame, as reported by Helen Briggs (BBC News, October 12, 2020). Bat experts have launched a campaign named "Don't Blame Bats" to dismiss unfounded fears and myths about bats, which hamper their conservation.

Some interesting facts about bats are:

- They are the only mammal capable of flight.

- They control the insects that cause crop loss (to the tune of saving $3.7 billion every year in US alone).

- They are one of the key pollinators (besides bees and other insects and birds).

- They are under unprecedented threat from habitat loss, climate change, hunting and other onslaughts).

Though the precise origin of SARS-CoV-2, the coronavirus that causes this deadly pandemic called COVID-19 is not yet established, the virus spilled over into humans, from a wild animal, most likely from a bat, through an intermediate host, most probably a pangolin or another animal. However, the consensus view of the scientific community is that it's not bats that encroached into human territory but it's we-humans-that encroached into the bat world that created the initial havoc that created favorable conditions for the emergence of COVID-19 (and other emerging infectious diseases).

Let's now analyze some data that can serve as valuable food for thought.

- When forests are cleared for agricultural, horticultural, habitation or developmental purposes, the wild animals are forced to move closer to humans and their livestock; giving deadly viruses to jump ship from animals into humans.

- Three out of every four (4) EIDs in humans arise from animals. That's to say, 75 per cent of EIDs are zoonotic diseases.

According to Dr Ricardo Rocha, University of Porto, Portugal, "rather than blaming one species or another, we need to reassess our relationship with the natural world. He also emphasizes that bats are vital for healthy ecosystems and human well-being. After COVID-19 started raging across the glove, many reports of actual or intended killings of bats came from Peru, India, Australia, China, and Indonesia etc.

Bats are an essential part of the complex natural ecological webs that keep our natural ecosystems healthy. Ricardo Rocha gives a sage statement, "If there is a big take-home message from this unfortunate moment in history it's that making nature ill, makes us ill."

Coronavirus variants can be more deadly too

The alarming development is that several coronavirus mutants have emerged. At least 3 variants have been widely reported.

- The UK variant is dubbed B.1.1.7 with a large number of mutations.

- Another variant named P.1. emerged in Brazil that contains several additional mutants that may affect the ability of antibodies to recognize the virus and eliminate or neutralize it.

All these variants seem to spread more easily and quickly than the classical coronavirus strains. An increase in the number of infected people may exert more strain on healthcare system, lead to more hospitalizations, and possibly more deaths.

Till recently, it was considered that the new variants were more transmissible but not more deadly or dangerous. But recently some concerning reports of the UK variant being possibly more deadly too have appeared. Sir Patrick Vallance, UK government's chief scientific officer, hinted that it could raise the case fatality rate (CFR) by 30 percent (The Telegraph, UK, January 30, 2021). To put the statistic more clearly, he said that out of 1,000 people in their 60s infected with the old variant, 10 would be expected to die, compared to 13 with the new variant.

Another concerning possibility is that if a variant changes significantly, people may get infected for the second time. Brazil has recently reported a case in which a person got infected with a new variant who got sick earlier with a previous version of the coronavirus. According to a paper in the premier journal, Science (January 22, 2021), "Variants that could do an end run around the human immune response. Such "immune escapes" could mean more people who have had COVID-19 remain susceptible to reinfection, and that proven vaccines, at some point, need an update."

The heartening news is that of efficacies of a few new COVID-19 vaccines. The Novavax company has reported that its experimental vaccine is effective against more transmissible variants of SARS-CoV-2. The report is, however, of mixed developments (good and bad news).

Another firm, Johnson & Johnson has also reported 66 per cent efficacy of its vaccine against moderate and severe Covid-19. But it was found less effective against the South Africa variant. The J&J vaccine is the first phase-3 trial data of 1 single-shot vaccine. As and when it's approved, this vaccine would be quite popular, as it required a single jab of the vaccine unlike most other vaccines approved so far, that all need three shots separated by 4-12 weeks.

As an editorial in the prestigious medical journal, The Lancet Microbe (January 1, 2021) says, "Vaccines will be instrumental in the control of COVID-19, but their global distribution will be challenging and their effect won't be immediate." Though the vaccine rollout has begun in several countries, many poor nations will still be out of the vaccine protection ring, till a global facility such as COVAX procures enough doses for distributing free or at low cost to low-income countries. It may probably take a few years to fully reign in the virus worldwide. Till then, non-pharmaceutical interventions to contain the tricky coronavirus must remain in place across the globe.