S Rajen said that there is a need for up gradation of the government maintained fish farms in the state at present. 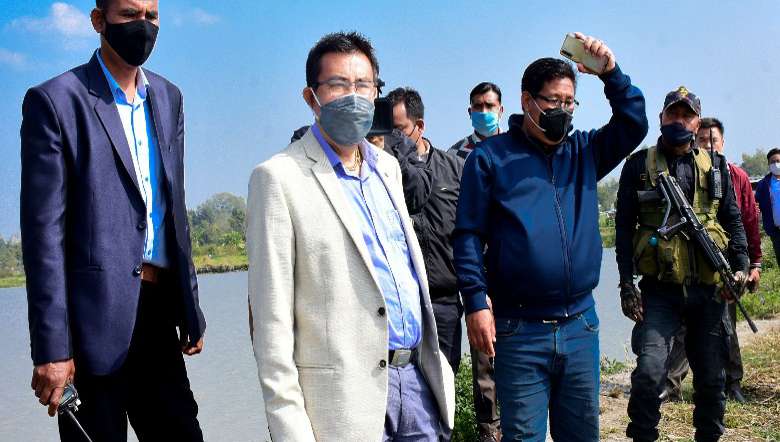 Manipur government is focussing to increase the net production of fish in the state, Fishery Minister S Rajen Singh said while speaking to the media during an inspection visit at different locations of fish farms in Imphal West on Sunday.

Rajen said that the government especially the fishery department is focussing for the production of sustainable fish products for the state. Fish, being the common food item of the state is preferred by all. Action plans have been chalked out in this regard. He also said that there is a need for up gradation of the government maintained fish farms in the state at present.

He maintained that under the blue revolution scheme of the government selected beneficiaries have been trained and first instalment has been sanctioned. In order to know whether the beneficiaries are utilising the government fund in the right direction, the inspectional tour is being conducted, he added.

“More than Rs 4 crore is spent annually to purchase fish products from outside the state. This expenditure can be saved if we promote our fish farmers and produce more and more fish products,” Rajen said.

He further said that unemployed and interested persons can approach the department for pisciculture activities for which the fishery department is always ready to help. Biofloc method of fish farming will be provided for interested farmers especially in hill districts where there is limited scope for digging of ponds. This will not only generate their income but also reduce the unemployment problem in the state, he added.

He also said that regular inspection visit will be conducted at the respective sites with the officials.

Director of Fishery, L Gojendo Singh, officials of the fishery department and others were also present during the visit.