A Chinese hand grenade was found planted at the gate of executive engineer, PHED, Kakching division, RK Surendra on Friday. 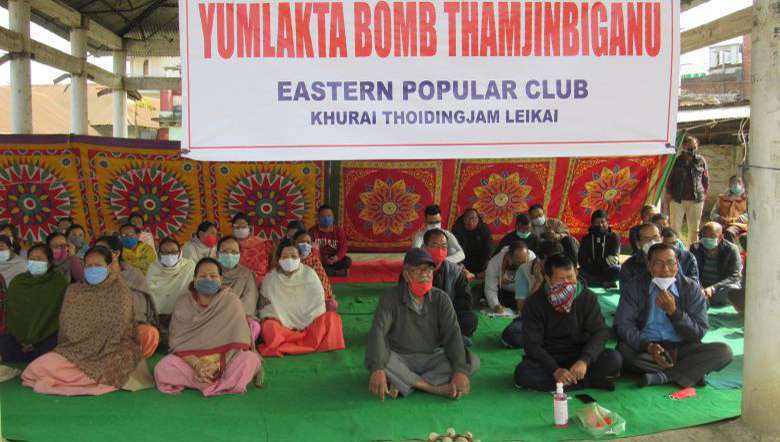 Locals of Eastern Popular Club, Khurai and Coordinating body Khurai staged a sit-in-protest at the community hall of Khurai Thoidingjam Leikai, Imphal East on Sunday, decrying the planting of a bomb at a residential area.

A Chinese hand grenade was found planted at the gate of executive engineer, PHED, Kakching division, RK Surendra located at Khurai Thoidingjam Leikai, Imphal near an oil pump at about 5.30 pm on Friday.

Speaking to the media, president of Eastern Popular Club, Khurai Salam Birendra Singh said the locals strongly condemn planting of bombs at a populated area. Had the bomb exploded, innocent people could have been victims, he said.

He said, those involved in planting the bomb should clarify. He appealed not to cause panic and fear among the public and urged not to repeat similar acts in the future.

He further said he does not have knowledge if Surendra had been threatened by outlaws or underground organisations in the past.