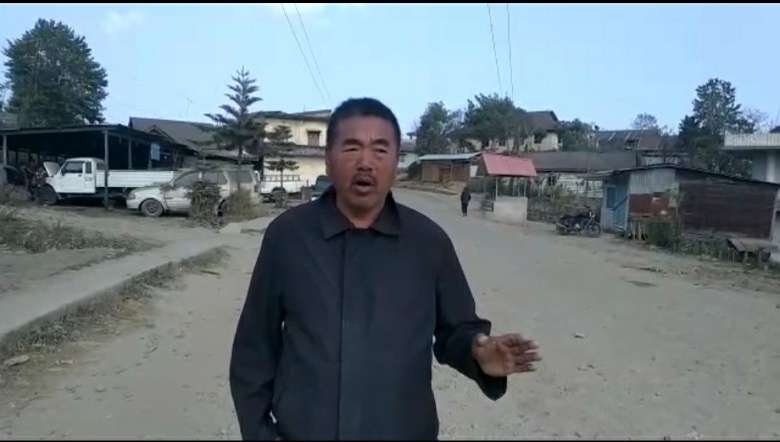 The All Hunphun Tang Association AHTA on Sunday voiced their long dissatisfaction over the non implementation of the restoration and repairing work for the 11.6 km stretch which comes under NH-102A in Ukhrul, and resolved to launch intense agitation should concerned authorities fail to heed their demands.

President of AHTA Qr Chonmi Raleng told media persons that the stretch, which is the main lifeline of Ukhrul town, have been neglected for far too long while “enjoying district headquarters tag just in name only.” “Given the step motherly attitude meted out towards the populace of the localities, we have decided to launch intense agitations if no actions are taken up to fulfill our demands within the given deadline,” he warned.

Meanwhile, the president of 28 localities of Hunphun has urged MLA Alfred Kanngam to treat the matter with urgency and take immediate action.

The restoration and black-topping work for the stretch is being carried out under National Highway Infrastructure Development Corporation Limited (NHIDCL).

Black-topping of Dungrei junction to Hunphun Tang is the target of NHIDCL. However,  the work has stopped midway after reaching Phungyo Baptist Church. This has prompted the apex body of Hunphun localities to question the sincerity of the concerned.

Former councilor of DCC Ukhrul North Edmund Chiphang said that the localities within his segments have been “sidelined umpteen times when it comes to infrastructure development” while urging the machineries concerned to fulfill the genuine needs of the localities without further delay.