The opening function was attended by CO of 43 AR, Col Sumit Sood as chief guest 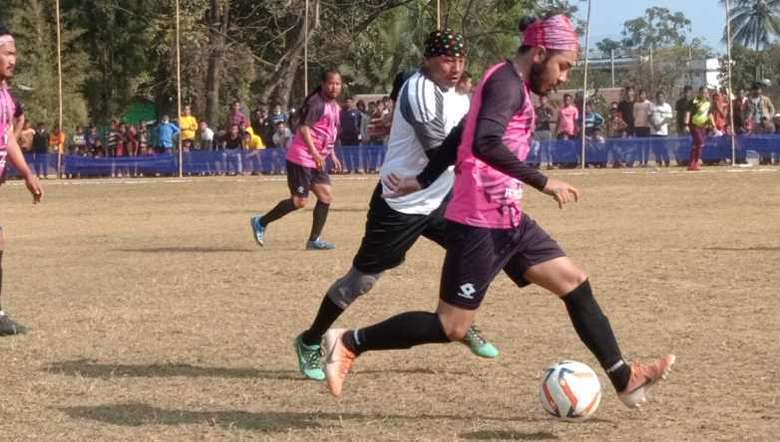 Late S Deben Singh of Moreh Ward no.4 was a football lover and had a great dream to bring the youths of the border town Moreh to build good footballers. He also had a dream to make youth of the town to be free from drugs and work hard under Meetei Council Moreh (MCM). In order to make his dream come true, MCM organised the tournament.

Col Sood said that “today every youth of the town have realised the spirit of sport. Every youth comes out for sport and good health and now we are almost able to fight COVID-19 pandemic. When a man has good health and takes part in sport activities, we can fight any disease.”

M Amit said that, once Moreh town was known for drug activities, but today with the hard work of the local leaders and the people of the town has developed in different fields. Also the officials from different departments posted in the town do their best to develop the town in every way. Moreover, security forces are doing their best to curb out the drug menace, he added.

M Thoiba spoke on how the tournament is being organised. He mentioned the role of MCM in the field of sports, education sector, making good relationships with different communities, economic development and health sector.