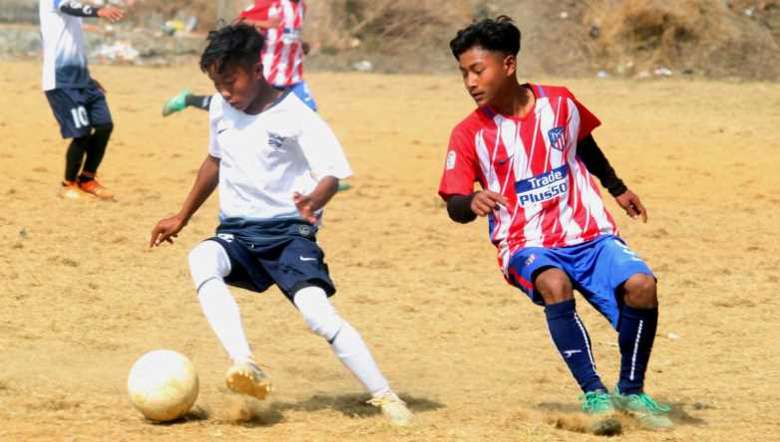 In a thrilling semifinal match of Under-15 football, Ward No 3 thrashed Ward No 9 in a 4-0 win to sail through the final in the ongoing 17th Kanggui Inter Ward Tournament at Brig M Thomas Ground Kangpokpi.

In the main football quarterfinal, Ward No 3 defeated Ward No 1 (5-4) via tie break after a goalless draw in the normal time. Mangboi Kipgen gave Ward No 3 the semifinal berth with his brilliant save in the penalty shootout.

The winner of another quarterfinal of the main football was also decided via tie break as Ward No 4 and Ward No 9 played a goalless draw in the normal time. The tie break went in favour of Ward No 4 as they defeated the opponent Ward No 9 (6-5) in the penalty shootout to earn a semifinal berth.

In Veteran football semifinal, Ward No 2 earned a walkover win to sail through the final round as the opponent team Ward No 14 failed to turn up for the match.

On Monday, Under-15 football, Veteran football and men's and women's volleyball finals will be held while the month long Inter Ward Tournament will culminate on Tuesday with the main football final.