The programme was organised with the agenda for conduction a free and fair, and a peaceful election, said convenor of the monitoring committee Thokchom Suresh. 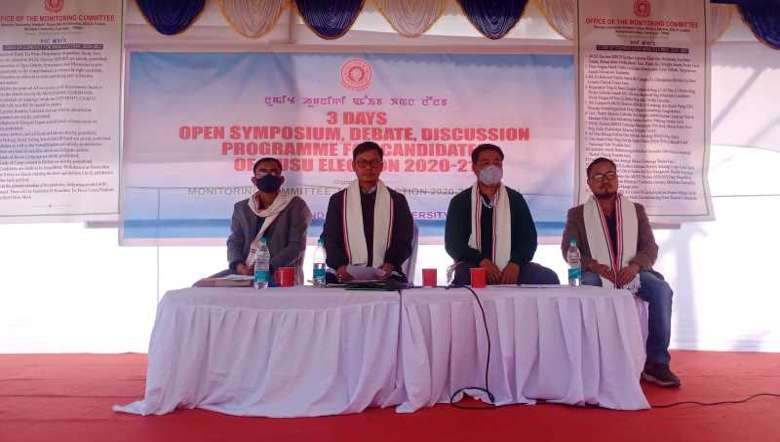 It was organised by the Monitoring Committee of the MUSU election 2020-2021.

The programme was organised with the agenda for conduction a free and fair, and a peaceful election, said convenor of the monitoring committee Thokchom Suresh while briefing to the media on the sidelines of the programme.

He said that the first day was organised for students of the schools of Life Science, Social Science and Education on the topic ‘roles of student leaders in MU context’.

Such programmes will be a great help to the students in exploring the ideology and quality of the candidates and also get the opportunity to question the candidates, the convenor added.

The function was attended by co-convenor of the monitoring committee Pukhrambam Inaobi, its members Ng Milan and Laikhram Jayantakumar as presidium members.

The MUSU election 2020-21 is scheduled on February 6 and code of conduct has been put into effect since January 16.

According to the code of conduct, hosting of feast, tea party, study tour and picnics are prohibited while entry of outsiders at the MU campus  related to election is also forbidden.