While the MPCC observed the 73rd death anniversary of Mahatma Gandhi at Congress Bhavan Imphal, the 44 Assam Rifles held Mini Marathon for the public in Tamenglong. 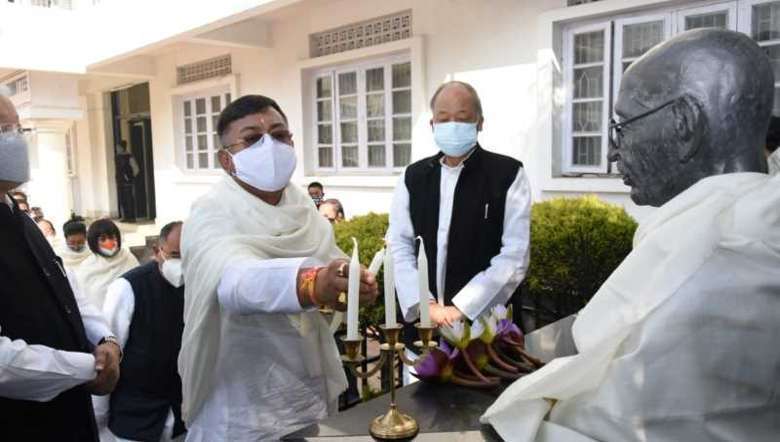 The Manipur Pradesh Congress Committee (MPCC) observed the 73rd death anniversary of Mahatma Gandhi at Congress Bhavan Imphal on Saturday. MPCC members paid floral tributes to Mahatma Gandhi during the observation. Briefing the media during the observation, state Congress Legislature Party leader O Ibobi Singh said that the Congress party observed the anniversary in recognition of Gandhi’s role in the freedom movement of the country. 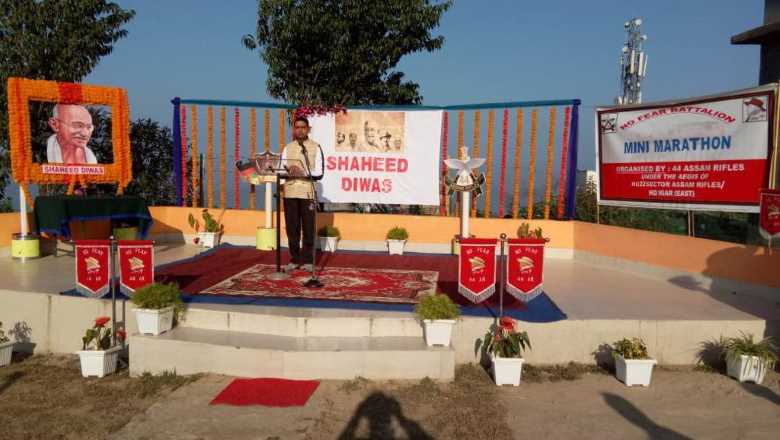 In Tamenglong, the 44 Assam Rifles under the aegis of 22 sector AR/IGAR (East) on Saturday celebrated Shaheed Diwas to mark the death anniversary of the Father of the Nation and paid homage to the freedom fighters who laid their lives for the country's independence. 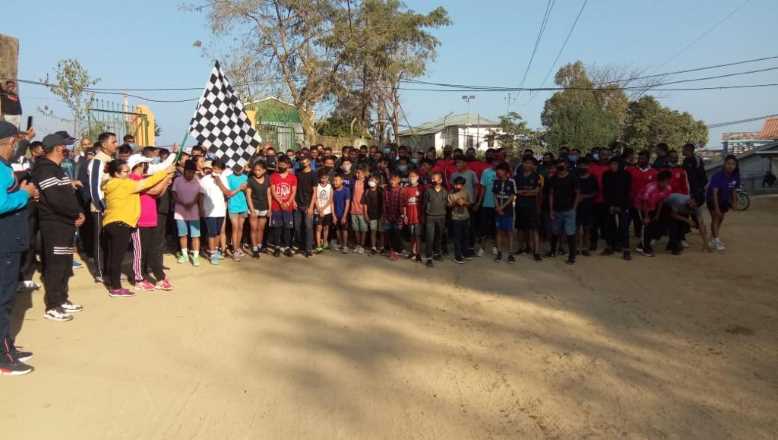 On his martyr’s day, the great achievements of Mahatma Gandhi who led the nation non violently to attain Independence and inspired numerous other movements for civil rights and freedom around the world were remembered. The commandant led the public of Tamenglong to pay floral tributes to the Mahatma. People from different walks of life paid homage at Jadonang Park at Tamenglong. 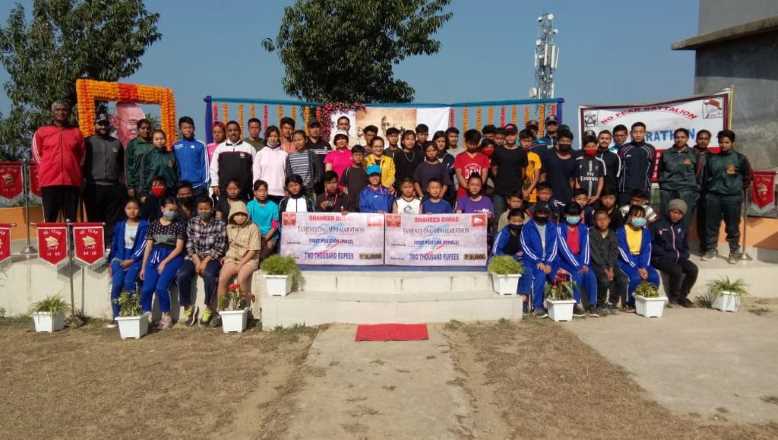 Speaking as chief guest, 44 Assam Rifles commandant colonel Pradeepkumar said the nation paid homage to martyrs today for their selfless sacrifices and those who laid down their lives while defending the sovereignty of the nation.

He said on this sorrowful day in 1948, the father of the nation Mohandas Karamchand Gandhi was assassinated by Nathuram Godse while he was on his way to attend a prayer meeting at Birla House.  The whole world mourned over the death of Mahatma as it was a great loss to mankind, he added. 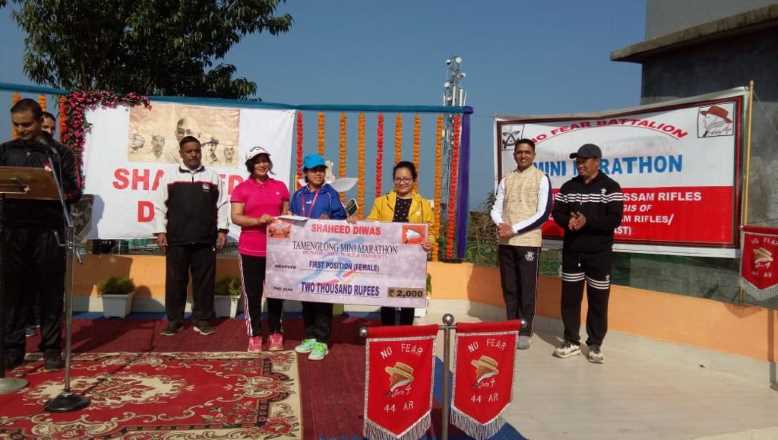 He said that Bapu's favourite bhajans filled the atmosphere with patriotism. The unit organised a first-of-its-kind 10 kilometre Mini Marathon for the public of Tamenglong.

The Commandant flagged off the marathon to spread the message of unity, peace and non violence as professed by the Father of the Nation. The locals along with SF personnel rubbed shoulders with each other to foster bonds of friendship and brotherhood. 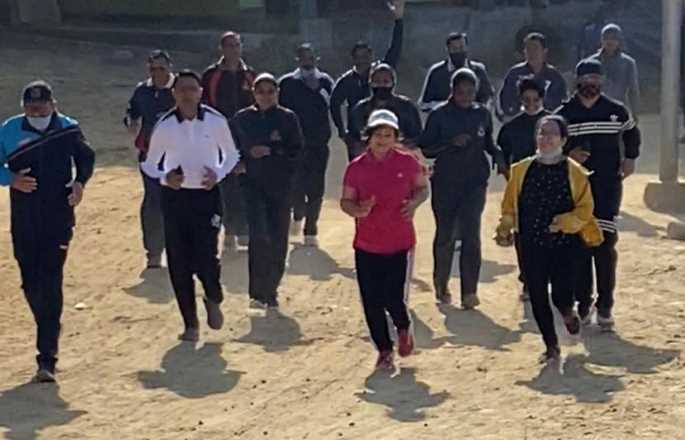 He also spoke on the importance of running which can significantly improve physical and mental health, the participants were urged to take up running for fitness. Cash prizes and medals were given for first three positions in both Boys and Girls category.

Later, locals joined unit jawans in observing a two-minute silence in memory of Indian martyrs. All works, movement stopped for two minutes as a mark of respect to martyrs. The local youth were called to preserve, protect and enrich the hard earned freedom and promote a sense of national integration and commitment to goals and ideals.