Rev Stephen Chinzathang Zou conducted the dedication of the new plot, and minister of Transport, Vungzagin Vale took on the groundbreaking programme as chief guest. 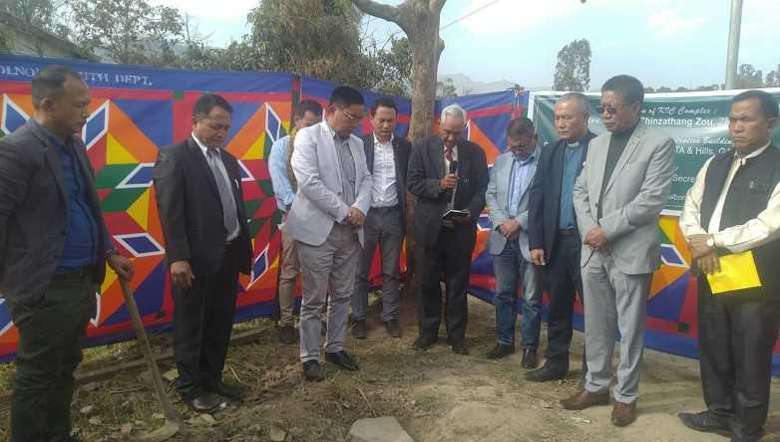 Rev Stephen Chinzathang Zou conducted the dedication of the new plot, and minister of Transport, Vungzagin Vale took on the groundbreaking programme as chief guest.

The occasion was attended by former chairman of HAC, Thangzalam Haokip as guest of honour, while MLA of Singat AC, Ginsuanhau Zou was the functional president. The chief host was MLA Saikot AC, TN Haokip. Chairman of ADCC, Khaipau Haokip, KIM president and leaders from Churachandpur Kuki Chief Association also attended the programme.

Vungzagin Vale said that he was approached by the KIC for financial assistance for the plot of land and later he materialised the idea through Manipur Land Revenue and Land Reforms Act. He continued that he informed the KIC members to have a word with the authority concerned which led to the acquisition of approximately 0.18 acre of land with a challan of Rs 50,000, which he donated.

President of KIC, Letpu Haokip felicitated the dignitaries and village chief who made the acquisition of the plot for the groundbreaking of the administrative building.

It may be mentioned that KIC was set up in 1996 and has a temporary complex. KIC now has an authorised plot in which they plan to build an administrative building that will be a centre where the Kukis and others can deliberate non-political programmes.