East and South Asia: Growth to recover but downside risks are high

Pandemic is threatening to reverse the progress that the regions have made towards advancing sustainable development. 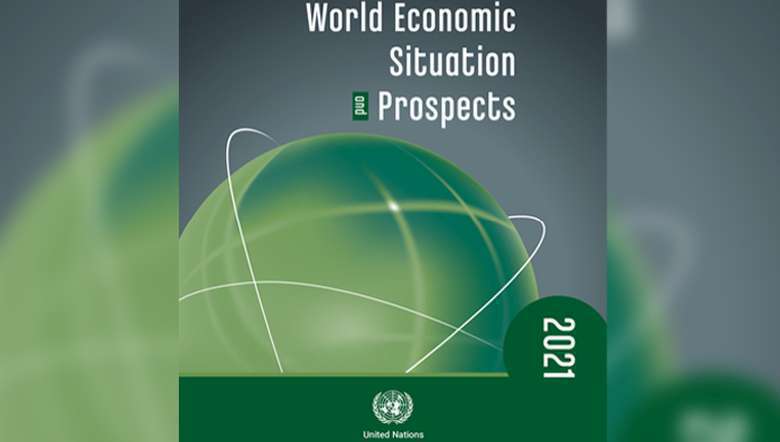 The United Nations on Thursday warned that the devastating socio-economic impact of the COVID-19 pandemic will be felt for years to come unless smart investments in economic, societal and climate resilience ensure a robust and sustainable recovery of the global economy.

In 2020, the world economy shrank by 4.3 per cent, over two and half times more than during the global financial crisis of 2009. The modest recovery of 4.7 per cent expected in 2021 would barely offset the losses of 2020, says the latest World Economic Situation and Prospects.

GDP growth in East Asia fell sharply to 1.0 per cent in 2020, marking the region’s weakest expansion since the Asian financial crisis of the 90s. Widespread mobility restrictions significantly curtailed household spending and investment, while supply chain disruptions and weak global demand adversely affected exports. In South Asia, the pandemic severely impacted most economies in the region, dragging down average GDP by -8.9 per cent in 2020. India, in particular, suffered its largest economic decline in history, with output falling by nearly 10 per cent in 2020.

“We are facing the worst health and economic crisis in 90 years. As we mourn the growing death toll, we must remember that the choices we make now will determine our collective future,” said UN Secretary-General António Guterres, who adressed the Davos Agenda on Monday.

“Let’s invest in an inclusive and sustainable future driven by smart policies, impactful investments, and a strong and effective multilateral system that places people at the heart of all socio-economic efforts.”

The report underscores that sustained recovery from the pandemic will depend not only on the size of the stimulus measures, and the quick rollout of vaccines, but also on the quality and efficacy of these measures to build resilience against future shocks.

Looking ahead, East Asia  is projected to recover from a low base, with growth rebounding to 6.4 per cent in 2021, before moderating to 5.2 per cent in 2022. In most economies, domestic demand will be supported by continued monetary and fiscal stimulus. These baseline projections, however, are highly contingent on the successful containment of the virus, both domestically and abroad.

The aggregate growth figures mask a large divergence in the growth prospects of the East Asian economies. China will remain  the region’s main driver of growth, with GDP growth projected to rebound to 7.2 per cent in 2021, from 2.3 per cent in 2020. China’s economic recovery, however, is expected to be uneven across sectors. While infrastructure investment is expected to rebound strongly, private consumption growth is likely to remain moderate.

“The growth prospects of other economies in the region will largely depend on the strength of the global recovery, given their reliance on income from external sources, including tourism and remittances,” says Hamid Rashid, Chief of the Global Economic Monitoring Branch at the UN Department of Economic and Social Affairs, and the lead author of the report.

The bleak outlook on international travel will continue to weigh on the tourism-dependent countries, including Cambodia, Thailand, and the Pacific Island states. In the Philippines, a recovery in remittance inflows over the outlook period would help to boost domestic demand.

South Asia is also expected to expand by 6.9 per cent in 2021, but growth will remain insufficient to bring the region back to its 2019 output level. The recovery also hinges on the containment of the pandemic and effective policy stimulus going forward.

Poverty has shot up across the region and standards of living have worsened. With poor and inaccessible public health infrastructure, policymakers were forced to implement drastic mobility restrictions to control the pandemic’s spread. While partly effective, these measures were far from sufficient and also had significant social and economic consequences. Extremely high levels of informality and minimal social safety coverage also dampened the effectiveness of government responses. These policy challenges were exacerbated by tight fiscal space and relatively high inflation.

Poor economic diversification also put several South Asian countries substantially more at risk. The Maldives suffered deeply from the global shock to tourism. The Islamic Republic of Iran had to endure the devastating consequences of a freefall in oil prices. A recovery in tourism and trade would benefit the more open South Asian economies, but uncertainties will remain large in the coming years.

“It is an imperative that policy stimulus in South Asia targets resilient recovery. Policymakers urgently need to address structural weakness, such as weaknesses in the region’s labour markets and public health infrastructure,” added Rashid.

The report says that South Asian countries will also need to diversify their economies to improve resilience and generate more local added value.

With multiple waves of the pandemic threatening to trigger another round of widespread lockdowns, downside risks to the growth outlook of the the East and South Asia regions remain high. In East Asia, renewed financial market turbulence would not only amplify weakness in the real economy, but also exacerbate existing financial vulnerabilities, including high corporate and household debt.

In South Asia, many economies face prohibitive fiscal restraints. Effective domestic revenue mobilization can make up some of the shortfalls, but concessions from international lenders will also be needed. Preemptive fiscal austerity could have disastrous consequences for the countries in the region.

The World Economic Situation and Prospects 2021 is a report produced by the UN Department of Economic and Social Affairs (DESA), in partnership with the UN Conference on Trade and Development (UNCTAD), and the five UN regional commissions. The UN World Tourism Organization also contributed to the report.