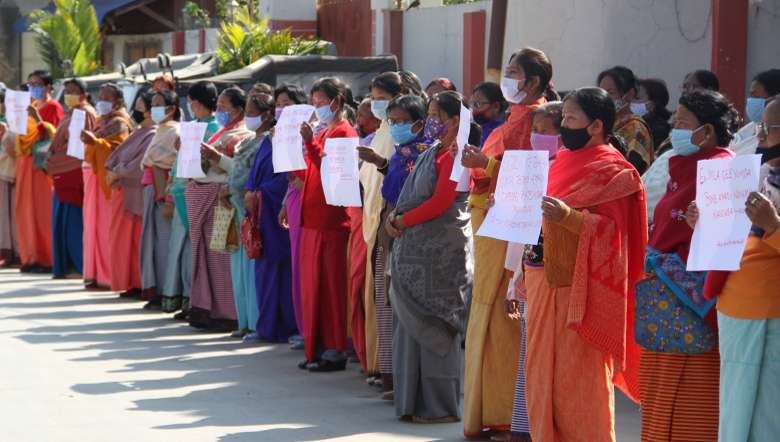 The miscreants shot three rounds and hurled a grenade at the main gate of Keba at about 8 pm on Tuesday.

Being a residential area, civilians would have been injured during the incident had the bomb exploded, she said. She appealed to the authority concerned to immediately book the culprits.

The protestor also raised slogans such as ‘we condemned the gun and bomb attack in the residence area’, ‘book the culprits immediately’ among others.

Meanwhile, former MLA Sapam Kunjakeswor Singh alias Keba said to the media that he does not have any enmity with any individuals. He had not received any threats from any unlawful organisation in recent days, he expressed.