Emerging as hero from the struggle - Netaji Subhas Chandra Bose

Netaji was imprisoned 11 times in India but he also displayed the ‘mastery’ of being released from captivity. 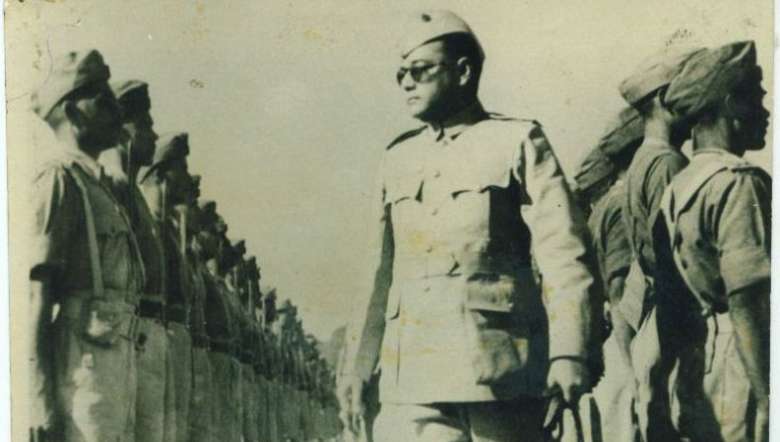 Netaji Subhas Chandra Bose’s life is a story of struggle. It is the story of a young dream that tells the saga of consciousness, struggle and success in every eye; one who has the power to rip the ground through his arms; one who talks about making a hole in the sky; one who is anxious to achieve his goals through his efforts; one who does not accept anything for free; and if he wants freedom, he is ready to spill his blood. Thousands of people sacrificed their lives on the one call of Netaji. He created an army against the British in no time. One slogan from him was engrossed in the sky -- Jai Hind.

Netaji was born in Cuttack in Odisha, graduated from Kolkata in Bengal, and proved his mettle to his enemies by becoming an ICS officer in Britain. But he was not accustomed to the life of comfort and amenities that came along with his job. He had to write a saga of struggle. He was a warrior, who had to wage the freedom struggle. Not only did he embrace the freedom movement wholeheartedly, but became an inspiration for freedom. With the slogan “Give me blood and I will give you freedom”, he started preparing to awaken the country. Such was the charisma of his philosophy and personality that whoever listened to him was attracted to him. His popularity skyrocketed and he became the Netaji of the general public.

He was so fond of Bharat Mata that the country tied to the chains of slavery did not let him live peacefully. It was his love for the country that led to this miracle. People across the borders of the country also developed fascination for him. Heads of states of several important countries stood by him and Netaji lit the fire of freedom struggle outside the country also. He created a new force and presented that force before the enemies of the country as the Azad Hind Fauj (Indian National Army). He gave the slogan of “Dilli Chalo” with a new spirit and set his journey for the liberation of India. About 26,000 soldiers of his 60,000-strong army sacrificed their lives for the country. The Lion of India wrapped in the tricolor of Subhas Chandra Bose was challenging the British with all its might in order to live in dignity. The roar was increasing the heartbeats of the British and which culminated with the British leaving India.

"Success always stands on the pillar of failure.” Subhas Chandra Bose lived with this philosophy and also inspired others with the same. Netaji encountered failures several times, but he converted those failures to a triumphant saga with his struggle. Whether it is municipal politics, the journey from the common Congressman to the Congress President, the formation of the Forward Block or the struggle of the Indian National Army, he passed the test with distinction.

Subhas Chandra Bose accepted the leadership of Mahatma Gandhi, but ironically, Gandhiji himself became the cause of him leaving the Congress. But the two leaders always had respect for each other. Netaji never spoke ill of Gandhiji. Netaji was elected Congress president twice. But, he first quit the post of president and then left the Congress. After that, he left behind a chapter of the Indian freedom struggle, the pages of which continue to be added.

In 1939 and thereafter, when the Congressmen and the Communists were not able to clear their stand on the independence of the country, Subhas Chandra Bose with the dream of freedom had become friends with Hitler, Mussolini, Tojo and Stalin. Not only did he establish "Azad Hind Fauj", he also formed the Azad (independent) Government on October 24, 1943. This new country also got recognition from nine countries, including Germany, Italy, Japan, Ireland, China, Korea and the Philippines.

At the time of India's independence, Clement Attlee was the British Prime Minister. He came to Kolkata in 1956. At that time, his host, Governor Justice PB Chakraborty, tried to find out from him the reason behind the British decision to grant freedom to India. In response, Attlee had said that the loyalty of the Indian army and navy to the British state was declining due to the increasing military activities of Netaji Subhash Chandra Bose's Azad Hind Fauj. This was one of the major reasons. This acknowledgement proves the great contribution of Subhas Chandra Bose to India's independence. It finds mention in a letter written to the publisher by Justice Chakraborty in the book "A History of Bengal" by R.C. Majumdar.

Jabalpur in Madhya Pradesh has a major contribution in the life of Netaji. The banks of the Narmada transformed his life. The Tripuri Congress session was held from March 4-11, 1939 in Jabalpur. Despite poor health, Netaji had arrived on a stretcher to participate in it. Thereafter, he came again to Jabalpur on July 4, 1939 to form the Forward Block, where an unprecedented reception was accorded to Netaji. The people of Madhya Pradesh have had a deep relationship with Netaji.

In every town of the state, there is a ward in his name. Sahayog Kreeda Mandal has been organizing National Kabaddi Competition and other sports events in his memory for the last 37 years, which symbolizes the deep faith of the people of the state towards Netaji. He was also imprisoned in Jabalpur and Shivni jails.

Subhas Chandra Bose had a strong grip on English, Hindi, Bengali, Tamil, Telugu, Gujarati and Pashto languages. In the Azad Hind Fauj, he also interacted with the people of the entire country through these languages and also gave messages. Netaji's message to his colleagues was: “Success may be distant, but it is imperative”. Subhas Chandra Bose used to say, “If a person is not obsessed, he can never become great. But he should also have something else inside him." Netaji was imprisoned 11 times in India. But he also displayed the ‘mastery’ of being released from captivity and the obsession to realize his goal by meeting top leaders of the world. Subhas Chandra Bose is credited with giving global identity to the Indian leadership. Earlier, Swami Vivekananda had enlightened the world of India's spiritual and cultural superiority and identity. That is why Swami Vivekananda's influence is seen in him. Subhas Chandra Bose never gave up reading the Gita.

Subhas Chandra Bose's struggle for freedom proved to be an inspiration not just for India, but for all the Third World countries. The freedom anthems were sung in three dozen Asian countries in the next 15 years after World War II. The Indian freedom struggle and the war of independence led by Subhas Chandra Bose had a profound impact on those countries. Netaji's status establishes him as the "hero of freedom" globally.